Pope Francis is on the side of victims of more than 300 "predator" priests in the US accused of abusing children in one state, the Vatican says. 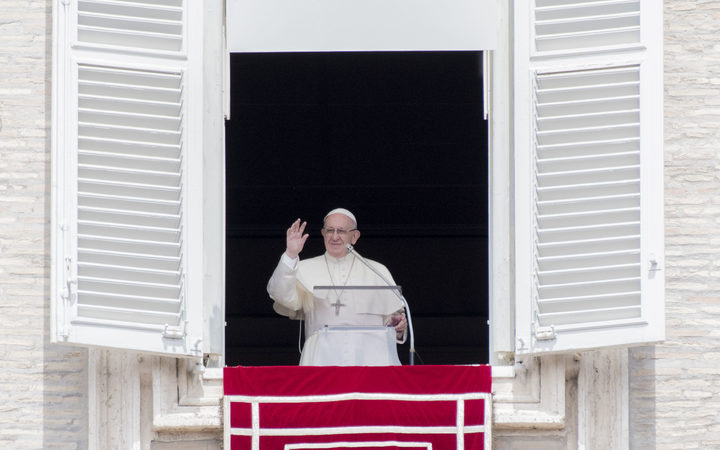 In a statement, it said the Church wanted to listen to the victims to "root out this tragic horror".

This comes after US prosecutors found that more than 1000 children had been molested by clergy in Pennsylvania.

The US Conference of Catholic Bishop is now calling for an urgent investigation led by the Vatican.

It comes days after the largest-ever investigation of Catholic sex abuse in the US.

The report from a Pennsylvania grand jury found that 301 priests abused children in the state over the past 70 years.

The investigation also found that some abusers and those that covered up their crimes were later elevated to senior roles in the church.

Cardinal DiNardo of Texas said in a statement on Thursday - two days after the report was issued - that the church is now "faced with a spiritual crisis that requires not only spiritual conversion, but practical changes to avoid repeating the sins and failures that are so evident in this recent report".

He said the executive committee of the US Conference of Catholic Bishops (USCCB) had outlined three goals to prevent further abuse, and punish "predators in the Church and anyone who would conceal them".

The USCCB said it would expand third-party reporting mechanisms that already exist in some dioceses for victims of abuse.

It pledged to streamline the complaints process, to make it "more prompt, fair, and transparent and to specify what constraints may be imposed on bishops at each stage of that process".

He is alleged to have personally abused several boys, including one altar boy 47 years ago.

Pope Francis immediately accepted his resignation and ordered him to pray as he awaits a church trial to consider further punishment.

"Priests were raping little boys and girls, and the men of God who were responsible for them not only did nothing; they hid it all," the 1300-page report found.