Venezuelan president Nicolas Maduro has accused his Colombian counterpart of being behind an apparent assassination attempt earlier today. 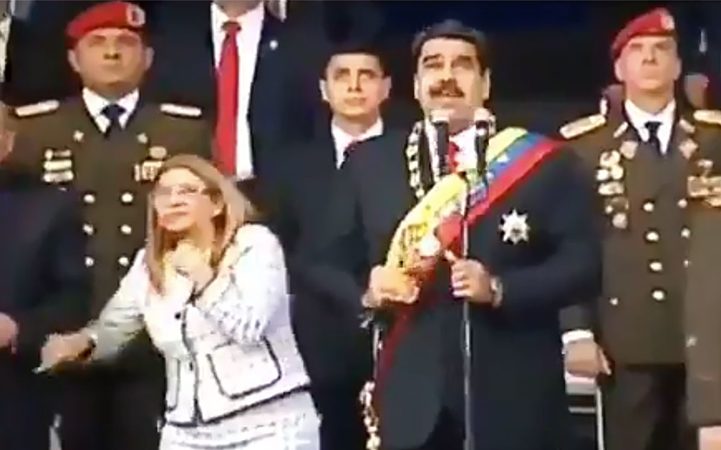 Venezuelan officials said explosive drones went off as President Nicolás Maduro was giving a live televised speech in Caracas, but he was unharmed.

Communications Minister Jorge Rodriguez said this was an attempt on Mr Maduro's life and seven soldiers were injured when the drones exploded mid-air.

Mr Maduro was seen speaking at an outdoor military event when he and other officials suddenly looked upwards - startled.

Dozens of soldiers were seen running away before the broadcast was halted. Loud bangs could also be heard in the footage.

Mr Maduro said several perpetrators had been arrested and initial investigations pointed to Bogota (capital of Colombia), in collusion with his own opposition. 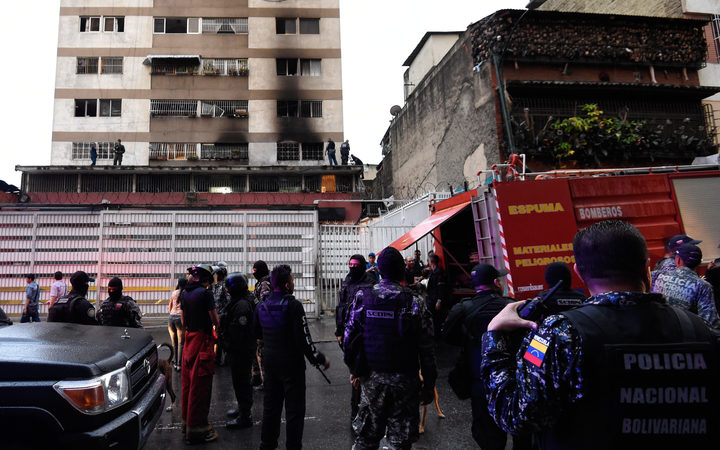 Security forces and members of the Bolivarian National Intelligence Service (Sebin) check a building after an explosion was heard near the place where Venezuelan President Nicolas Maduro was attending a ceremony to celebrate the 81st anniversary of the National Guard in Caracas Photo: AFP

What do officials say happened?

Mr Rodriguez said the attack happened when Mr Maduro was speaking at the event to mark the 81st anniversary of the Venezuelan army.

Two drones loaded with explosives went off near the president's stand, he added.

The minister accused the country's right-wing opposition of carrying out the attack.

"After losing the vote, they failed again," Mr Rodriguez said.

He was referring to May's presidential elections, where Mr Maduro was re-elected for another six-year term.

Mr Rodriguez also said that the injured soldiers were being treated in hospitals while the president was meeting his ministers and military commanders.

No group has said it was behind the alleged assassination attempt.

In June 2017, a helicopter attacked and dropped grenades on Venezuela's Supreme Court.

Oscar Pérez, a rogue elite helicopter pilot, claimed he carried out the helicopter attack and called on Venezuelans to rise up against the government of President Maduro.

He was killed by police in a siege near Caracas in January. 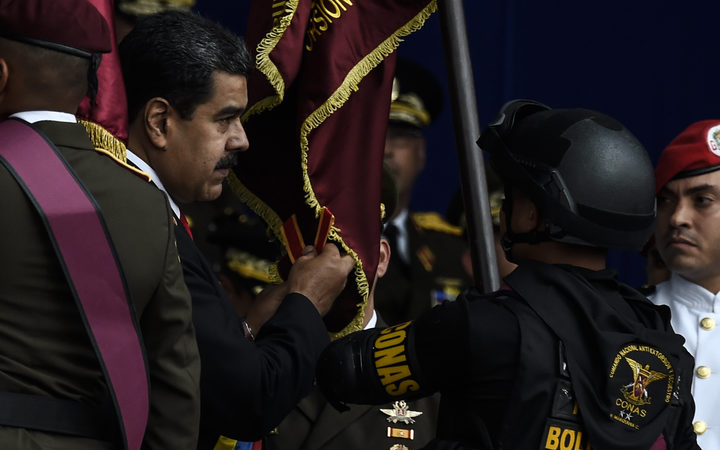 Maduro was unharmed after an exploding drone "attack". Photo: AFP

Who is President Maduro?

Mr Maduro has managed split opinion almost as much as his predecessor in office, Hugo Chávez.

Since assuming office in 2013, Mr Maduro's administration has drawn widespread condemnation from a string of nations world-wide for undermining democracy and violating human rights in his country.

His opponents paint him as a ruthless despot who detains his political rivals on overly harsh charges pressed by a judiciary under his party's control, while his followers say he is protecting the country from another coup.

His re-election in May came amid a deep economic crisis which has been driving hundreds of thousands of Venezuelans from the oil-rich country.

However, there is still a loyal core of people who support Mr Maduro and his United Socialist Party (PSUV), saying Venezuela's problems are caused not by the government but by imperialist forces such as the US.