Hollywood producer Harvey Weinstein is seeking to get the criminal case against him thrown out of court. 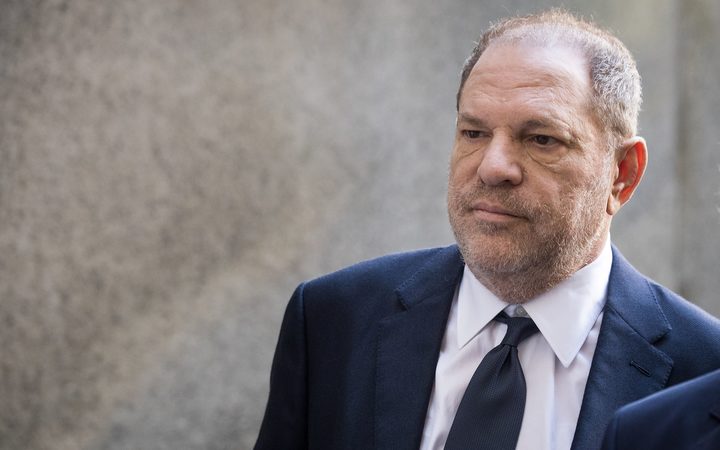 On Friday, his lawyers filed a defence motion citing dozens of "warm" emails they say Mr Weinstein received from one of his accusers after an alleged rape.

His team argue prosecutors should have shared the evidence with the Grand Jury that indicted him.

The accuser in question has retained her anonymity.

Mr Weinstein's lawyers say the case should be dismissed in its pre-trial stage.

In their motion, they included "dozens of emails written by the anonymous accuser, who sent extensive warm, complimentary and solicitous messages to Mr Weinstein immediately following the now claimed event and over the next four-year period.

"These communications irrefutably reflect the true nature of this consensual intimate friendship, which never at any time included a forcible rape."

The New York District Attorney's Office has not yet commented.

Where did these emails come from?

After Mr Weinstein was fired by his company last year, the emails were turned over to his legal team, according to the LA Times.

The judge dealing with his separate bankruptcy case issued an order saying the private messages could not be released, because the accuser could lose her right to anonymity.

On Thursday, that same judge conceded the correspondence could be used in Mr Weinstein's motion against the criminal case, as long as the woman's identity was protected.

What are the cases against him?

In 2017, dozens of women - including many famous actresses - came forward with allegations, ranging from rape to sexual harassment. They sparked a solidarity movement known as #MeToo.

One of the charges against him - predatory sexual assault - carries a maximum sentence of life in prison.

Mr Weinstein has consistently denied any non-consensual actions. He is currently on a $US1m bail bond and wears an electronic tag.

He also faces a raft of civil lawsuits.

In April, actress Ashley Judd sued him, claiming he damaged her career after she rejected his sexual advances. Mr Weinstein has denied the allegations.

London's Metropolitan Police have also been investigating claims against him, some of which date back to the 1980s.

Unlike in the US, there is no statute of limitation on sexual abuse cases in the UK, meaning incidents from decades ago could still go to court.