The Cambodian government has blocked the websites of some independent media ahead of its national election, a human rights group say. 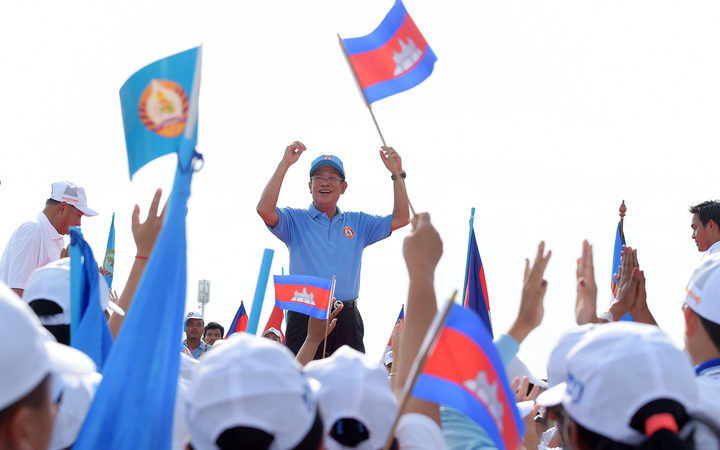 Just two days out from the general election in which Prime Minister Hun Sen faces almost no challenge to his 33-year-old rule.

Reuters could not reach a government spokesman for comment.

Cambodia's independent media has come under increasing pressure from Hun Sen and his allies ahead of the vote.

The purchase earlier this year of the Phnom Penh Post, an English-language daily, by a Malaysian whose public relations firm lists Hun Sen as a client was labelled by critics a "disaster" for media freedom ahead of the election.

That followed the closure of the Cambodia Daily, another English-language newspaper, after it was ordered to pay millions of dollars in back taxes by the government or face closure. Around 30 radio stations were shut last year.

"This is the first website censorship since the release of the prakas on media in late May 2018," she said, referring to government directives in May to block or close websites and social media pages.

Reuters could not open the websites of Radio Free Asia Khmer, Voice of America Khmer and Voice of Democracy on Friday.

Other mobile providers, including Metfone and Cooltel, could not be reached for comment.

"We are outraged that private companies would block access to certain media while charging full prices for their services," Ms Pilorge said.

"It's neither good business nor in line with international rights or standards."

The election has been criticized by the United Nations and Western countries as fundamentally flawed after the Supreme Court last year dissolved the main opposition Cambodia National Rescue Party (CNRP) over accusations of plotting to topple the government. Its leader, Kem Sokha, was imprisoned for treason without trial.

The party, which only narrowly lost the 2013 election, denied the accusation and most CNRP leaders have since fled abroad, leaving no significant competitor to Hun Sen.