The US has unveiled a $US12 billion plan aimed at helping US farmers hurt by the intensifying trade war. 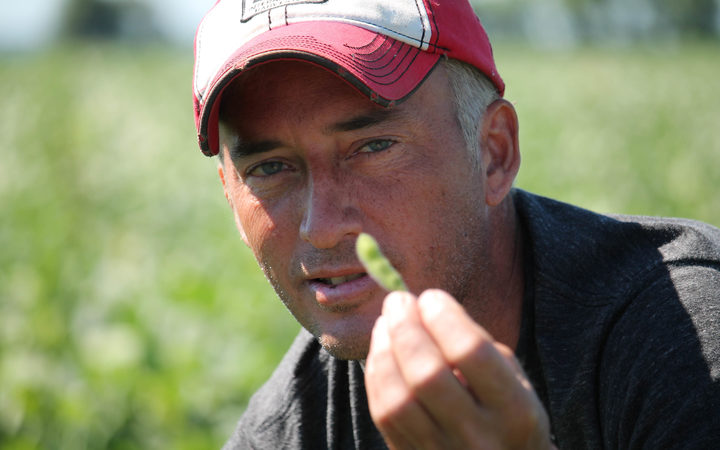 China has imposed tariffs on soybean imports from the United States, affecting farmers such as Terry Davidson in Harvard, Illinois. Photo: AFP

The aid is intended to protect the industry as countries raise taxes on US products such as soybeans in response to new Trump administration tariffs.

The US plans to provide subsidies to farmers and buy unsold crops, among other measures.

Donald Trump had promised the aid after fierce criticism from farmers, an important part of his support base.

Mr Trump has said his tariffs - which he earlier described in a tweet as "the greatest" - are intended to pressure countries to change their policies toward US exports.

In a speech on Tuesday, he said farmers would be the "biggest beneficiary" of the disputes after countries strike new deals.

But the agriculture industry, which draws about 20 percent of its income from exports, said the president's approach was hurting demand for its goods and causing long term damage to relationships with buyers.

Prices for soybeans have already fallen by more than 15 percent since April, when China - a major buyer of the crop - announced its plans to retaliate.

"Farmers need stable markets to plan for the future," said Brian Kuehl, executive director of the industry group Farmers for Free Trade, which represents pork producers, corn growers and others.

"As such, we urge the administration to take immediate action to stop the trade war and get back to opening new markets."

The US Agriculture Department said it expects losses of about $US11b as a result of the trade disputes.

Much of the $12b in emergency relief will go toward direct payments to farmers of commodities such as soybeans, sorghum, and wheat, officials said. 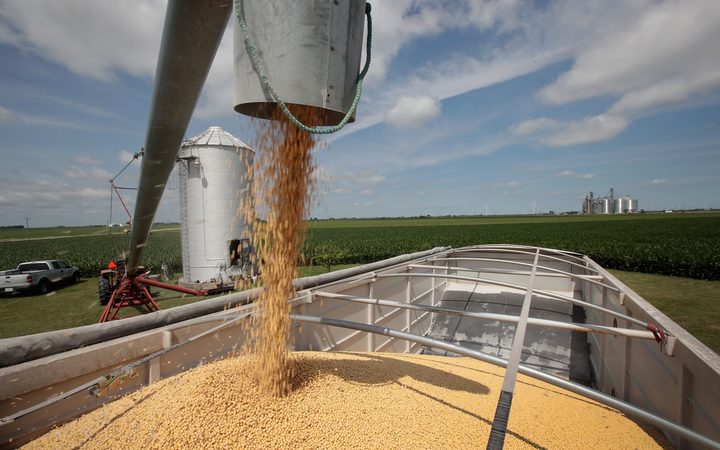 Some of the emergency aid will be used in direct payments to farmers of commodities such as soybeans. Photo: AFP

The US also plans to buy crops such as fruits and nuts, distributing them to food banks and other government nutrition programmes.

Some of the money will also go to boosting export efforts.

The first assistance is expected to be distributed by the beginning of September. The programme is not intended to extend beyond this year, officials said.

"This is a short-term solution that will give President Trump and his administration time to work on long-term trade deals that benefit agriculture and all sectors of the economy," US Agriculture Secretary Sonny Perdue said.

Industry groups that represent agriculture, as well as politicians from agricultural states, criticised the relief as a short-term solution to a self-inflicted problem.

"Time and time again I've heard from farmers that they want trade, not aid," said Senator Ron Johnson, a Republican from Wisconsin.

"Instead of throwing money at a problem we've helped create, the better option is to take action to make it easier for our farmers - and manufacturers - to sell their goods at fair prices to consumers around the world."