A wildfire in southern Greece has killed at least 49 people and injured more than 150 as it swept through a small resort town near Athens. 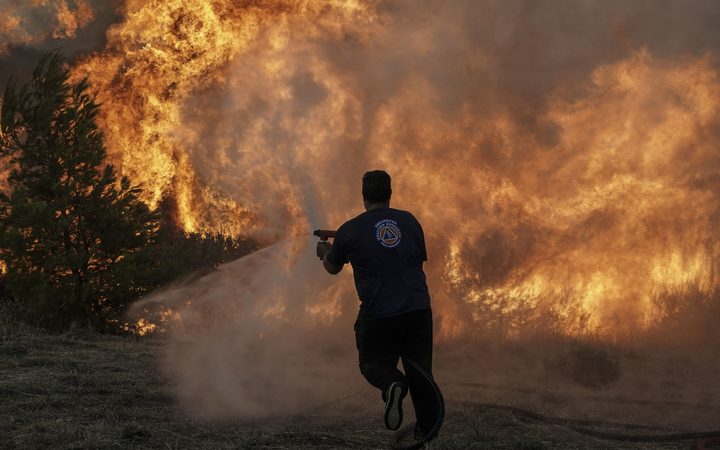 The wildfire in Penteli, near Athens. Photo: AFP

The fire swept through the holiday resort of Mati, 30km east of the capital, forcing people to flee to the sea as the flames closed in.

Hundreds were rescued by passing boats but others found their way blocked by smoke and flames.

A Reuters witness saw at least four dead on a narrow road clogged with cars heading to a nearby beach.

The coastguard says the bodies of four more people were retrieved from the sea.

"We will do whatever is humanly possible to control it," Prime Minister Alexis Tsipras earlier told reporters.

Mr Tsipras said that "all emergency forces have been mobilised" and declared a state of emergency in the Attica region around Athens.

The government has asked other European countries for helicopters and additional firefighters to help tackle the fires.

He cut short an official trip to Bosnia in order to help coordinate the response to the situation.

The extreme weather comes as dozens of wildfires continue to rage in Sweden.

Countries including Italy, Germany, Poland and France have all sent help in the form of additional planes, vehicles and firefighters.