Three men have been arrested after a three-year-old boy was seriously injured in a suspected acid attack. 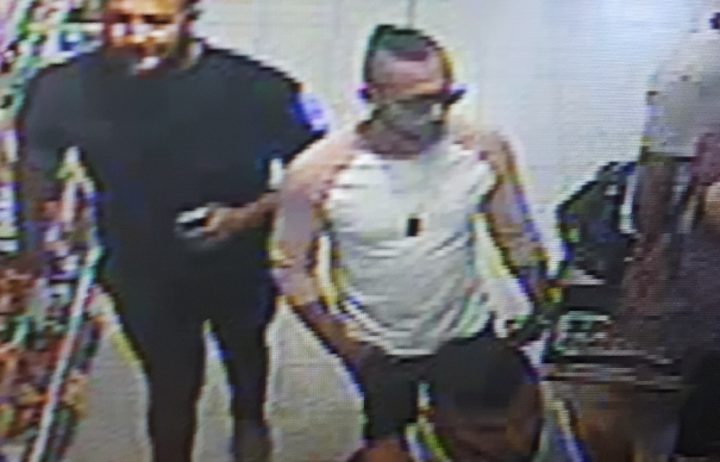 The boy was "deliberately attacked" at Home Bargains in Worcester at 2:15pm local time on Saturday, West Mercia Police said.

The men, aged 22, 25 and 26, were arrested in London on suspicion of conspiracy to commit grievous bodily harm.

The boy has been discharged from hospital after being treated for serious burns to his arm and face.

The "long-term implications" of the boy's injuries are unknown, police said.

They said the three arrested men were detained at an address in Walthamstow.

Chief Superintendent Mark Travis said earlier that the motive for the attack is so far "unclear".

A 39-year-old man from Wolverhampton, arrested on Sunday on suspicion of conspiracy to cause grievous bodily harm, remains in police custody.

The boy was in a pushchair with his family at Shrub Hill Retail Park in Tallow Hill when "acid or a corrosive substance" was either "thrown at or sprayed towards him", police said.

"We'd like to thank everyone who shared our appeal over the weekend and contacted us with information; all of this is helping us to build up a better picture of this incident, said Detective Inspector Tony Garner.

"We're continuing to urge anyone else with information to contact us."

Robin Walker, MP for Worcester, described the attack as "horrific".

"The shock will be universal. Anyone conducting such an attack on a small child is just appalling," he said.