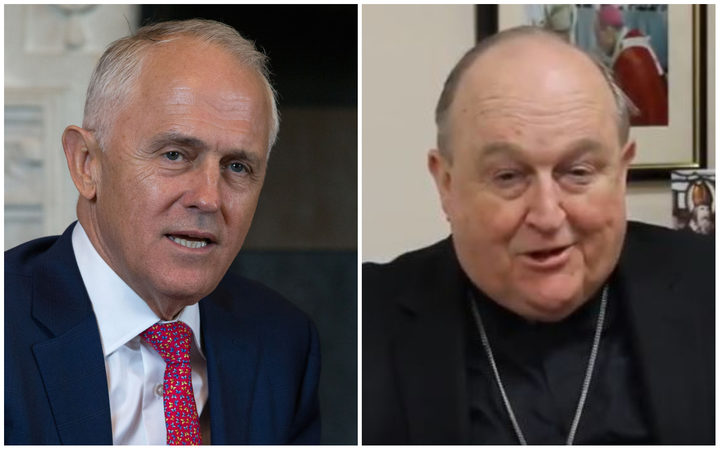 Wilson was convicted of covering up abuse by priest Jim Fletcher in the NSW Hunter region in the 1970s, making him the most senior catholic in the world to be convicted of concealing sexual abuse.

He was sentenced to 12 months' detention, eligible for parole after six months, but has said he would lodge an appeal against his conviction.

The archbishop has refused to quit his post, and Mr Turnbull has previously said Wilson should resign.

Today, Mr Turnbull intensified the pressure on the Catholic Church by saying "the time has come for the Pope to sack him".

"There are many leaders that have called on him to resign, it is clear that he should resign," Mr Turnbull said.

He said it was time for "the ultimate authority in the church to take action and sack him".

After his conviction, Wilson said that he had stood aside from all of his duties and that he would resign if his appeal was unsuccessful.

"I am conscious of calls for me to resign and have taken them very seriously," Wilson said earlier this month.

"However, at this time, I am entitled to exercise my legal rights and to follow the due process of law.

"Since that process is not yet complete, I do not intend to resign at this time."

During his trial, the archbishop said no-one had ever come forward to tell him of allegations of child sex abuse during his 40 years as a clergyman.

However, Magistrate Robert Stone cast that claim aside in a ruling that could have ramifications in courts around the country.

Wilson's legal team made four attempts to have the case thrown out, arguing it was not in the public interest and that his diagnosis of Alzheimer's should preclude him from trial - although it did not preclude him from retaining his position in the church.

In his judgment, Mr Stone said the archbishop's primary motive had been protecting the Catholic Church.

Wilson was the bishop of Wollongong before being elevated to Archbishop of Adelaide. He was also the president of the Australian Catholic Bishops' Conference.

During his time as the bishop of Wollongong, Wilson earned the nickname "The Healing Bishop" for his work with victims of child sexual abuse.