Donald Trump met Queen Elizabeth at Windsor Castle but the monarch was forced at one point to walk around the US president after he halted abruptly during a ceremonial inspection of the guard. 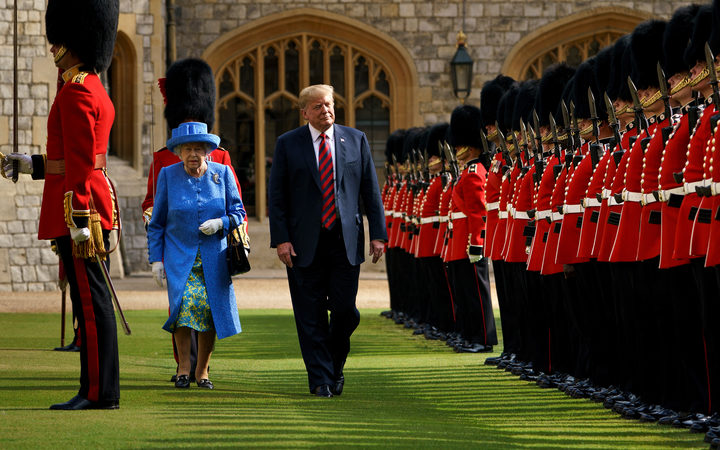 US President Donald Trump is accompanied by Queen Elizabeth II as he inspects the Guard of Honour at Windsor Castle. Photo: AFP

Mr Trump's first visit to Britain as president was not the full state visit he was originally promised, but he was heralded by military bands on his arrival at Windsor, before he and First Lady Melania went into the castle for tea with the queen.

The US president had earlier praised the Queen as a "tremendous woman".

The Queen greeted the pair with a smile, although she had earlier glanced at her watch as she waited for their arrival.

i know comments on trump's intelligence often veer into hyperbole but today the queen of england literally had to instruct trump on how to walk properlypic.twitter.com/ECRGmXQoQG

While inspecting the guard at Windsor, the Queen appeared to give direction to Mr Trump but then the president abruptly halted and she was forced to walk around him. 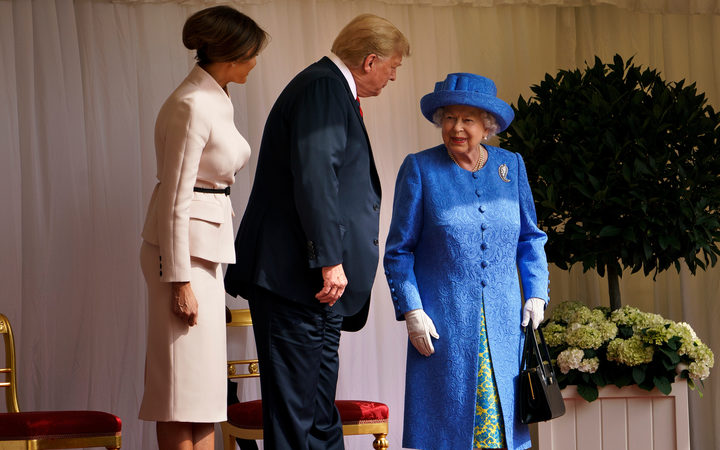 The Queen's tea for the Trumps was due to last 25 minutes according to the White House's schedule, the last part of their official visit.

He arrived at Windsor after a morning spent visiting Britain's royal military academy at Sandhurst and held talks with Prime Minister Theresa May at her country residence, Chequers.

Tens of thousands of protesters marched through London to demonstrate against the US president's visit.

He was due to fly to Scotland for a private visit where he will spend two days at a golf course he owns, before heading to Helsinki for a summit with Russian President Vladimir Putin.