Chanting "Donald Trump has got to go," tens of thousands of protesters marched through London on Friday (local time) waving banners and banging pots to demonstrate against the U.S. president on his first official visit to Britain. 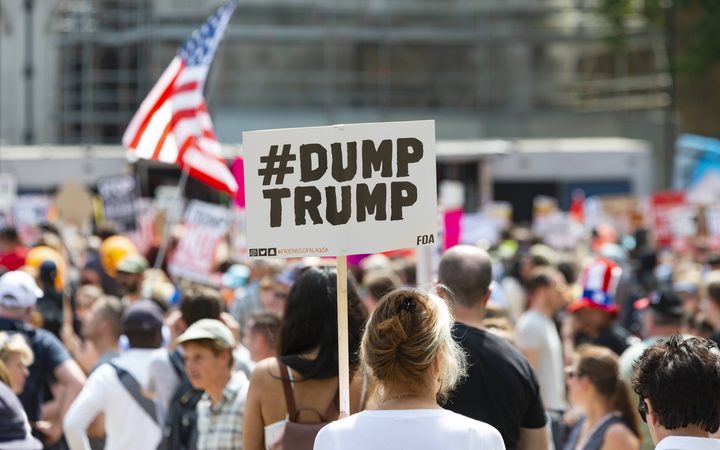 Organizers estimated 250,000 people protested in London and other demonstrations were held in cities around the country, including Windsor where the US President had tea with Queen Elizabeth.

"Lock him in the tower," one homemade placard said there, just yards from where Prince Harry married Meghan Markle in May.

Police, who declined to put a number on the size of the demonstration, had sealed off parts of London including Piccadilly and Regent Street for marchers, while thousands filled Trafalgar Square to hear speeches. 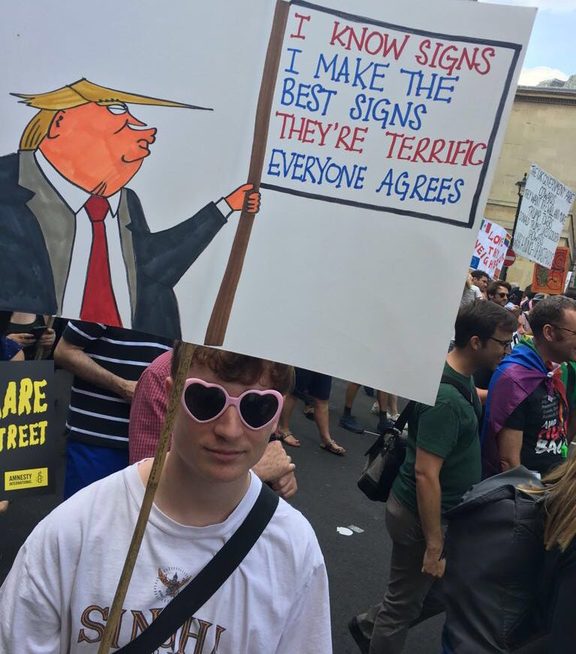 "Trump is not welcome in Britain," said Grish Gregoran, 58, a shopkeeper who took the day off to attend the protests.

"We wanted to embarrass him and I think we have done that today. We know how sensitive he is. It is horrible to hear the inflammatory language that he uses and I am embarrassed that (Prime Minister) Theresa May has done so much to welcome him."

London regards its "special relationship" with the United States as a keystone of foreign policy and May has courted Trump ahead of Britain's departure from the European Union.

But some Britons see the US leader as crude, volatile, unreliable and opposed to their values on a range of issues. Those demonstrating against Trump included women's rights campaigners, supporters of immigration and LGBT groups.

"Here, queer and angry," said one banner. "Immigration is not a crime," said another.

"Our message to our government and our prime minister is: 'We don't want a special relationship with bigots'," Len McCluskey, the head of the country's biggest trade union, told Reuters.

Activists kicked off the demonstrations by floating a six-metre-high blimp outside parliament depicting the US president as a snarling orange baby. 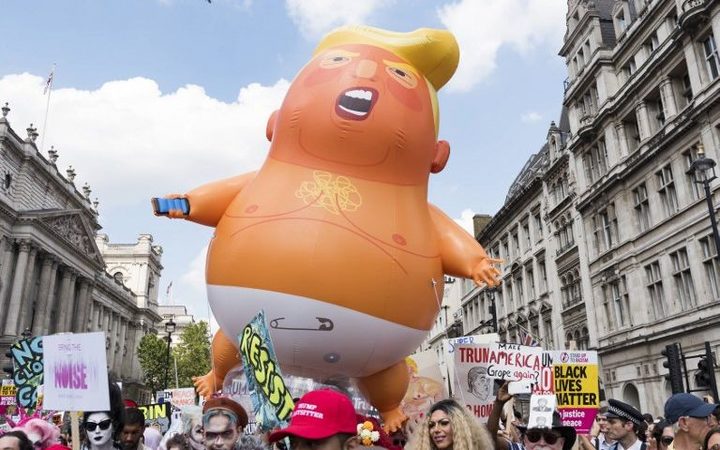 A protest against Donald Trump's visit to the UK. Photo: AFP or licensors

Trump told the Sun newspaper he was avoiding the capital as much as possible.

"I guess when they put out blimps to make me feel unwelcome, (there is) no reason for me to go to London," he said.

London Mayor Sadiq Khan, who has clashed repeatedly with Trump on Twitter, defended the demonstrations as free speech.

"The idea that we restrict freedom of speech, the right to assemble, the right to protest because somebody might be offended is a slippery slope," Khan told BBC Radio.

Khan said pro-Trump supporters would march on Saturday, although some were present on Friday, separated from the main demonstration by police.

A small group of pro-Trump supporters waved the US flag alongside the Union Jack, chanting "We want Trump" and "Trump for 2020".

Charlie Moffitt, a 16-year-old student who was wearing a red "Make America Great Again" cap, said: "At a time when we are leaving the European Union we need to be close to our most important ally."