The US Supreme Court has ruled in favour of the Trump administration's travel ban targeting people from several Muslim-majority countries. 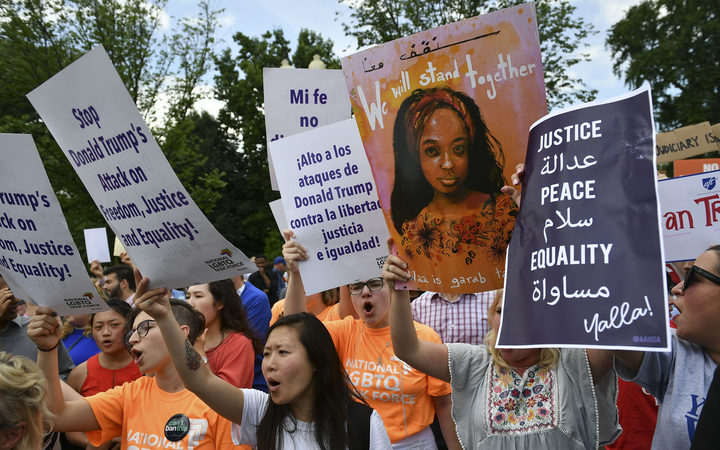 People protesting against the Muslim travel ban outside the US Supreme Court in Washington, DC, on Tuesday. Photo: AFP

Lower courts had deemed the ban unconstitutional, but the US top court reversed the decision in a 5-4 ruling. The court's five conservatives are in the majority.

The ban prohibits most people from Iran, Libya, Somalia, Syria and Yemen from entering the US.

In a statement issued by the White House on Tuesday, Trump labelled the ruling "a tremendous victory for the American People and the Constitution" that upheld presidential authority on national security issues.

"In this era of worldwide terrorism and extremist movements bent on harming innocent civilians, we must properly vet those coming into our country," Trump said.

But the travel ban, which the Supreme Court allowed to take effect in December, has been widely criticised by refugee and human rights groups.

Chief Justice John Roberts wrote the opinion, which said the travel ban was "squarely within the scope of Presidential authority".

He also rejected arguments that the ban discriminated against Muslims.

"The Proclamation is expressly premised on legitimate purposes: preventing entry of nationals who cannot be adequately vetted and inducing other nations to improve their practices," Chief Justice Roberts wrote. "The text says nothing about religion."

"It leaves undisturbed a policy first advertised openly and unequivocally as a 'total and complete shutdown of Muslims entering the United States' because the policy now masquerades behind a facade of national-security concerns," Justice Sotomayor wrote.

The dissent also states that "a reasonably observer would conclude that [the ban] was motivated by anti-Muslim animus". 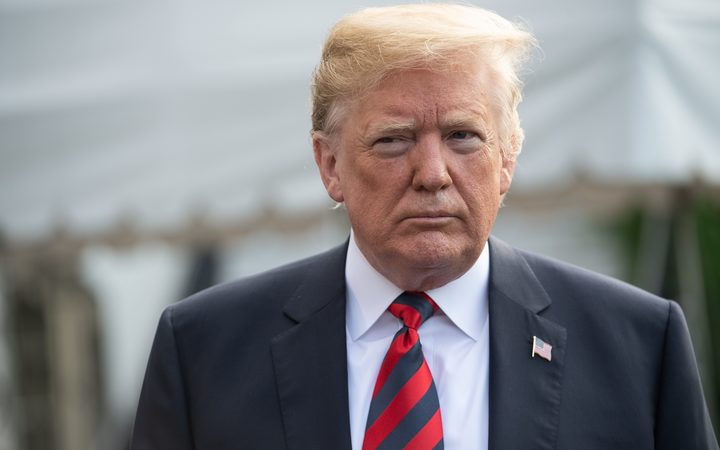 Donald Trump called the ruling a tremendous victory for the American people and the constitution. Photo: AFP

What the ruling means

The travel ban has been in place since December, when the Supreme Court ruled that it could go into full effect, pending legal challenges.

The ban prevents most immigrants, refugees and visa holders from five Muslim-majority countries - Iran, Libya, Somalia, Syria and Yemen - as well as North Korea and Venezuela from entering the US.

But the restrictions on North Korea and Venezuela were not part of the legal challenge.

The ban allows for waivers on a case-by-case basis, but applicants who cannot afford an attorney to go through the waiver process will likely be unable to immigrate to the US, immigration advocates say.

Justice Stephen Breyer noted in his dissenting opinion that the state department reported that only two waivers were approved out of 6,555 applicants during the first month of the travel ban.

The high court has been issuing a number of decisions this week, including a ruling against a California law that required clinics to inform women of the availability of abortions paid for by the state.

The Court ruled that the law violated the free speech rights of Christian facilities.