The US Supreme Court has allowed President Donald Trump to broadly implement a ban on refugees entering the country from around the world. 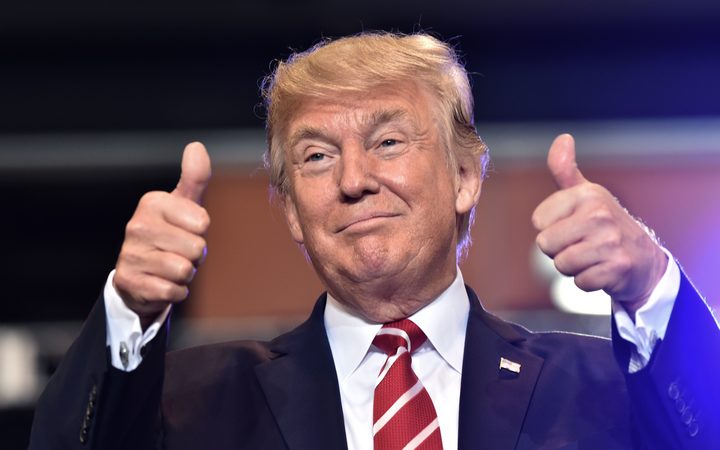 The full Supreme Court on Tuesday sided with the administration in a one-sentence order. Photo: AFP

The justices granted a request from the Trump administration to block a federal appeals court decision that, according to the Justice Department, would have allowed up to 24,000 additional refugees to enter the United States than would otherwise have been eligible.

The Supreme Court ruling gives Trump a partial victory as the high court prepares for a key October hearing on the constitutionality of Trump's controversial executive order, which banned travelers from six Muslim-majority countries and limited refugee admissions.

The 6 March order suspended travel for people from Iran, Libya, Somalia, Sudan, Syria and Yemen for 90 days and locked out most aspiring refugees for 120 days in a move the Republican president argued was needed to prevent terrorist attacks and allow the government to put in place more stringent vetting procedures.

The order took effect in late June, following a Supreme Court ruling that narrowed the scope of lower court rulings.

In a ruling last week, the 9th US Circuit Court of Appeals said grandparents, aunts, uncles and cousins of legal US residents would be exempt from the travel ban.

The Justice Department opted not to appeal that part of the 9th Circuit decision.

However, the 9th Circuit also ruled that Trump's refugee policy was too broad, and the court allowed entry to refugees from around the world if they had a formal offer from a resettlement agency.

The Justice Department appealed, and the full Supreme Court on Tuesday sided with the administration in a one-sentence order.

"The Supreme Court today has dealt yet another devastating blow to vulnerable people who were on the cusp of obtaining safety for themselves and their families," she said. "They continue to be subjected to unimaginable violence and fear while their lives are in limbo."

Earlier on Tuesday the state of Hawaii, which challenged the policy, said in a court filing that the US government could still "bar tens of thousands of refugees from entering the country." All the 9th Circuit ruling did is "protect vulnerable refugees and the American entities that have been eagerly preparing to welcome them to our shores," Hawaii's lawyers added.

Hawaii Attorney General Doug Chin said he respected the Supreme Court's decision and is preparing for the hearing there on 10 October.