Residents of London's Grenfell Tower housing block should have been told to get out quickly rather than stay in their flats as flames engulfed the building and killed 71 people a year ago, a public inquiry heard on Monday. 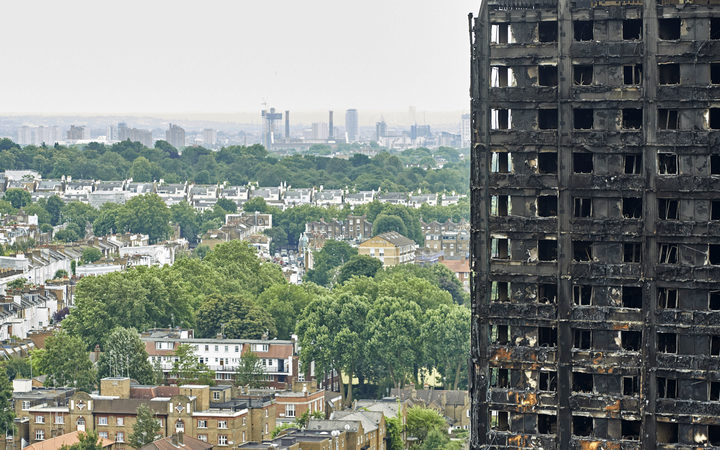 The charred remains of clading are pictured on the outer walls of the burnt out shell of the Grenfell Tower block Photo: AFP

The Grenfell Tower blaze, Britain's deadliest on domestic premises since World War Two, shocked the nation and raised questions about the state of its social housing, building regulations and fire safety protocols.

The fire started just before 1AM on 14 June, 2017, in the kitchen of a flat on the fourth floor. It broke out of that apartment, ignited the cladding around the outside of the building, and reached the 23rd floor within half an hour.

Expert reports released by the public inquiry on Monday, the first day of oral hearings into the causes of the fire, pointed to a combustible external cladding installed during a 2012-2016 refurbishment as the main cause of the rapid spread of the fire.

Residents who called the London Fire Brigade in the early stages were advised to stay put in their apartments, in line with the standard policy for fires in high-rise residential blocks.

But eminent fire safety engineer Barbara Lane, in her report to the public inquiry, said the magnitude and complexity of the blaze meant the strategy was inadequate.

"I consider the Stay Put strategy to have effectively failed by 01:26," she wrote. "There was an early need for a total evacuation of Grenfell Tower."

In fact, the guidance was not abandoned until 02:47, by which time the tower's single staircase was filled with thick, toxic black smoke, according to evidence examined by Lane. 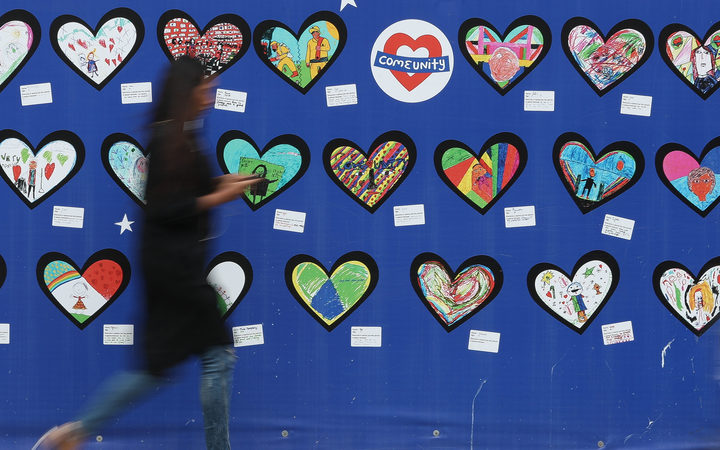 A woman walks past an artwork for the victims of the Grenfell Tower fire Photo: AFP

A London Fire Brigade spokesman declined to comment on any specific evidence emerging from the public inquiry, but said in general terms that the "stay put" advice had not changed since the Grenfell Tower fire.

"Our advice remains the same and that is to 'stay put' if a fire breaks out in another part of the building and you are not being affected by the fire, heat or smoke," he said, adding that if people left their flats they could be rushing into danger.

However, the advice has been temporarily suspended for about 100 buildings in London that have similar cladding to the one used on Grenfell Tower. So far, there are 16 blocks in London where cladding has been removed and the advice in those has reverted to the stay put policy.

More than 50 firefighters who took part in the rescue effort at Grenfell Tower are due to give evidence to the public inquiry in coming months.

In parallel with the public inquiry, police have also launched an investigation which they say could result in criminal charges against individuals or organizations involved in the building's history.