Seventy-one victims of the Grenfell Tower fire have been formally identified and police believe that all those who died have now been recovered. 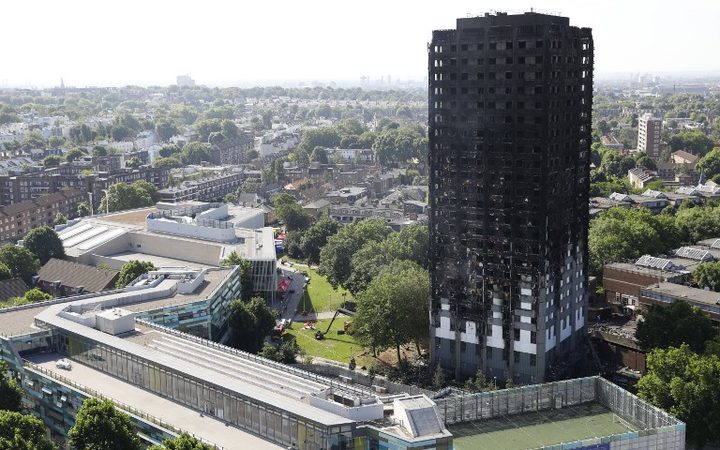 The number of victims includes baby Logan Gomes, who was stillborn in hospital on 14 June, the day the 24-storey blaze broke out.

The final two victims to be formally identified have been named as Victoria King and daughter Alexandra Atala.

The Metropolitan Police said it was providing "every support we can" to the bereaved.

Commander Stuart Cundy said: "I have been clear from the start that a priority for us was recovering all those who died, and identifying and returning them to their families.

"Specialist teams working inside Grenfell Tower and the mortuary have pushed the boundaries of what was scientifically possible to identify people.

"After the fire was finally put out, I entered Grenfell Tower and was genuinely concerned that due to the intensity and duration of the fire, that we may not find, recover and then identify all those who died.

"I know that each and every member of the team has done absolutely all they can to make this possible."

In June, the Met had a list of 400 missing people - some of whom were reported a number of times under different names or spellings, with one person in particular recorded 46 separate times.

The work to investigate and locate all those reported as missing was only concluded in the last few weeks, the Met said.

The family of Ms King, 71, and Ms Atala, 40, said they were "devastated" to learn of the pair's fate, adding that the mother and daughter were "devoted to each other".

The original missing persons list was also made higher by fraudulent cases, police said, with some individuals attempting to benefit financially from the tragedy.

There are a number of ongoing fraud investigations, and earlier this month one man pleaded guilty to fraud after claiming that his wife and son had both died in the fire.

The Met is also investigating alleged thefts from seven flats at Grenfell Tower, although no perpetrators have yet been identified, according to BBC home affairs correspondent Danny Shaw.

Commander Cundy told BBC News: "There was only one way in and out of the tower and [CCTV] footage shows 223 people came out and survived."

He said not all 223 people were residents, some were visitors, and some residents were not in the tower at the time.

While the final stage of the search operation is not expected to conclude until early December, the Met said in a statement: "Based on all the work carried out so far and the expert advice, it is highly unlikely there is anyone who remains inside Grenfell Tower".

Specially trained officers from the Met, City of London Police and British Transport Police have been involved in the search and recovery operation, thoroughly searching every single flat on every single floor.

Officers have examined 15.5 tonnes of debris on each floor, helped by forensic anthropologists, archaeologists and forensic dentists or odontologists.