There are grounds for corporate manslaughter charges over the Grenfell Tower fire that killed at least 80 people, UK police say. 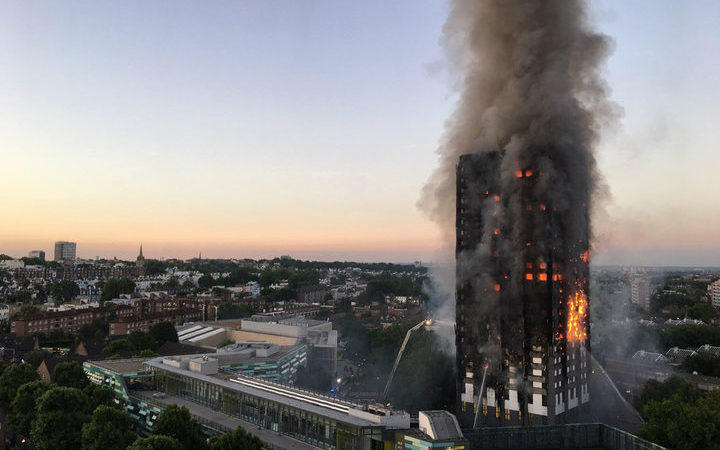 Grenfell Tower in west London caught fire on 14 June and led to the deaths of at least 80 people. Photo: AFP

This has come to light in a letter from the Metropolitan Police to Grenfell residents.

The relevant section of the letter says Met Police officers had "seized a huge amount of material and taken a large number of witness statements".

"After an initial assessment of that information, the officer leading the investigation has today notified the Royal Borough of Kensington and Chelsea and the Kensington and Chelsea Tenancy Management Organisation that there are reasonable grounds to suspect that each organisation may have committed the offence of corporate manslaughter under the Corporate Manslaughter and Corporate Homicide Act 2007," it added

Police also released a statement stating its the investigation into the cause and spread of the fire was a "complex and far reaching investigation that by its very nature will take a considerable time to complete".

"The Met has made a commitment to the families who lost loved ones in the fire and survivors that they will be kept updated, as far as we possibly can, as the investigation continues."

Corporate manslaughter is an offence that can only be committed by a corporation - not an individual - therefore no-one can be arrested in this instance.

The effect of what the police have said is to put both organisations on notice that their senior executives are likely to be questioned under caution in relation to the fire, the BBC reported. This meant evidence can be used against both bodies in a court.