Turnout in the Republic of Ireland's referendum on abortion laws is higher, so far, than in recent votes. 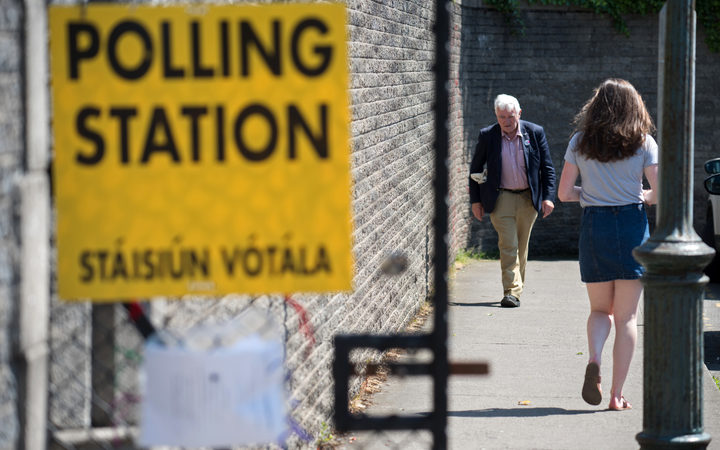 Voting will continue until 22:00 local time on Friday (9am this morning NZT).

The turnout at mid afternoon on Friday was higher than at the same stage of the country's referendum on same-sex marriage and its most recent general election.

The vote will decide whether to repeal a part of the constitution, known as the Eighth Amendment, which effectively bans terminations in the country.

Currently, abortion is only allowed when a woman's life is at risk, but not in cases of rape, incest or fatal foetal abnormality.

Broadcasters are not allowed to report details of campaigning while the polls are open.

Residents of Irish islands cast their votes on Thursday local time, to ensure their votes reached count centres on time.

One ballot box, on Inis Fraoich island, received just one vote. Four people on the island were on the voter register.

More than 3.2 million people are registered to vote in the referendum, with more than 100,000 new voters registering ahead of the poll.

The referendum is the result of a decades-long debate about abortion in the Republic of Ireland and will be the country's sixth vote on the issue.

The now-controversial Eighth Amendment was introduced after a referendum in 1983.

After eight weeks of hard campaigning on both sides, it is now decision time for voters.

Ballots will be cast at more than 6,500 stations across 40 constituencies in the Republic of Ireland.

The ballot paper does not mention the Eighth Amendment or abortion, instead asking: "Do you approve of the proposal to amend the Constitution contained in the undermentioned Bill?"