The missile that downed a Malaysia Airlines flight over eastern Ukraine in 2014 belonged to a Russian brigade, international investigators say. 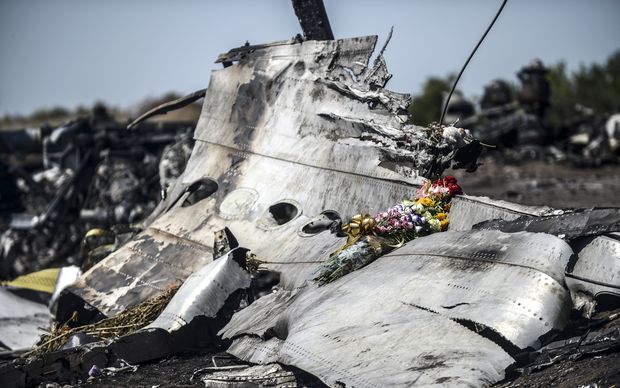 Wreckage of Malaysia Airlines flight MH17 in eastern Ukraine, a week after the plane came down. Photo: AFP

For the first time, the Dutch-led team said the missile came from a Russian brigade based in the city of Kursk.

All 298 people on board the Boeing 777 died when it broke apart in mid-air flying from Amsterdam to Kuala Lumpur.

It was hit by a BUK missile fired from rebel-held territory in Ukraine. Russia said none of its weapons were used.

But on Thursday Wilbert Paulissen, a Dutch official from the Joint Investigation Team (JIT), told reporters: "All the vehicles in a convoy carrying the missile were part of the Russian armed forces."

He said investigators had traced the convoy a Russian brigade.

The incident occurred at the height of the conflict between government troops and pro-Russian separatists.

In October 2015 the Dutch Safety Board said the plane had been hit by a Russian-made Buk missile.

September 2016, the JIT - which includes officials from the Netherlands, Australia, Belgium, Malaysia and Ukraine - reached a similar conclusion in a preliminary report.

In response, Kremlin spokesman Dmitry Peskov told the BBC: "We cannot accept as final truth of what they say. I bet you haven't seen any proof."