More homes on Hawaii's Big Island have been destroyed as eruptions linked to the Kilauea volcano increase, spewing lava into residential areas and forcing nearly 2000 people to evacuate, officials say. 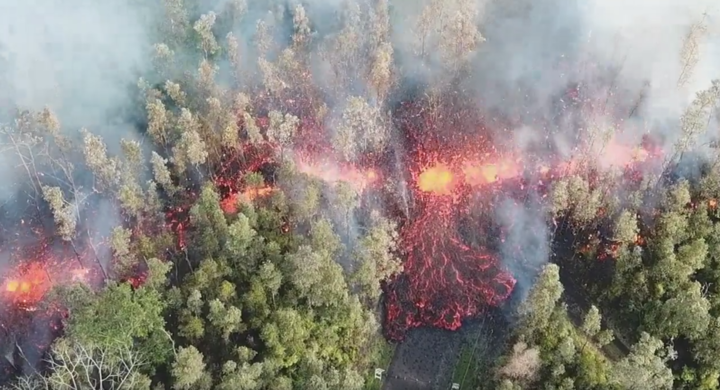 Scientists forecast more eruptions and more earthquakes, perhaps for months to come, after the southeast corner of the island was rocked by a 6.9 tremor on Friday, the strongest on the island since 1975.

The US Geological Survey (USGS) said that several new lava fissures had opened in the Leilani Estates subdivision of Puna District, about 19 km from the volcano. Not all the fissures were still active, it added.

The Hawaiian Volcano Observatory said at midday local time on Saturday that "eruptive activity is increasing and is expected to continue."

Janet Babb, a spokeswoman for the observatory, said by telephone that the eruptions could carry on "for weeks or months."

The activity was beginning to show similarities to another event in the area in 1955 that lasted for 88 days, when far fewer people lived near the volcano, Ms Babb said. 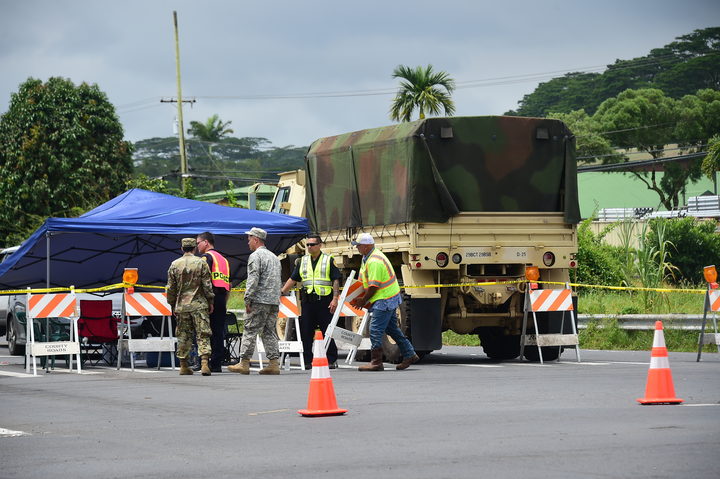 Police and National Guard man a roadblock on Highway 132 to Leilani Estates on 5 May 2018 closing off the area as volcanic activity continues on the south side of Hawaii's Big Island. Photo: AFP

Although no significant lava flows had yet formed, additional outbreaks of lava, which could reach temperatures of about 1150°C, were expected, the Hawaii County Civil Defense Agency said.

Ken Smith of Mountain View on the island ran errands on Friday evening on streets usually busy with pre-weekend traffic, "but the roads were totally empty," he said by telephone. "It felt almost apocalyptic."

Kilauea, one of the world's most active volcanoes and one of five on the island, has been in constant eruption for 35 years. Lava flows from the volcano have covered 125 square km, according to the USGS.

Kilauea began spewing lava into residential areas on Thursday after a series of earthquakes over the preceding week. Starting around 11am on Friday (local time), the island experienced a flurry of earthquakes, culminating in the massive magnitude 6.9 tremor.

No injuries or deaths were reported, but Hawaii Governor David Ige activated the Hawaii National Guard to provide emergency help.

More than 1800 residents in Leilani Estates and Lanipuna Gardens had been ordered to leave their homes since Thursday, when public works officials first reported steam and lava erupting from fissures in a road, Ms Gabbard said.