Wallabies fullback Israel Folau says the firestorm over his controversial anti-gay comments will not affect his commitment towards the sport as he prepares to return to the field this weekend. 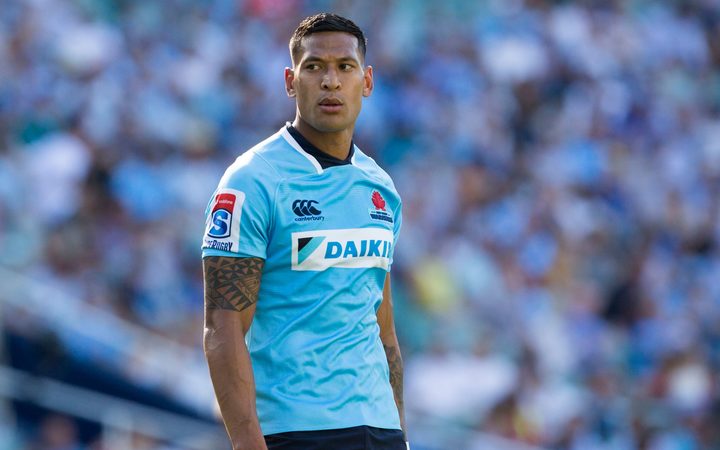 Folau, an Evangelical Christian, wrote on his Instagram page last month that gays would be condemned to "hell" if they failed to "repent", sparking outrage on social media and criticism from a key sponsor.

The 29-year-old, who faced no sanction from Rugby Australia (RA), is now set to feature in the Waratahs' game against the Blues in Sydney tomorrow night after recovering from a hamstring injury.

"I've said what I said in recent weeks," Folau told reporters on Thursday. "I stand firm on what I believe in and that's from something personal with who I am.

"It's got nothing to do personally with anyone, teammates, or anyone that is involved in the game.

"I've opened up a bit and hopefully a lot of people can see where I come from and why I said that. As a rugby player it doesn't change me who I am as a person. I'm the same person when I go on the field."

Folau, whose RA contract expires at the end of the season, refused to clarify his future but said he will not hold grudges against the governing body.

"In terms of contract talks, it's something that my management deal with," he added.

"You can't hold grudges, you can't take it personally. I've been fine with how everything has rolled out the last month and my focus is getting back out there on the field."

(Reporting by Hardik Vyas in Bengaluru Editing by Amlan Chakraborty)