French President Emmanuel Macron has used his speech to the joint houses of the US Congress to denounce nationalism and isolationism. 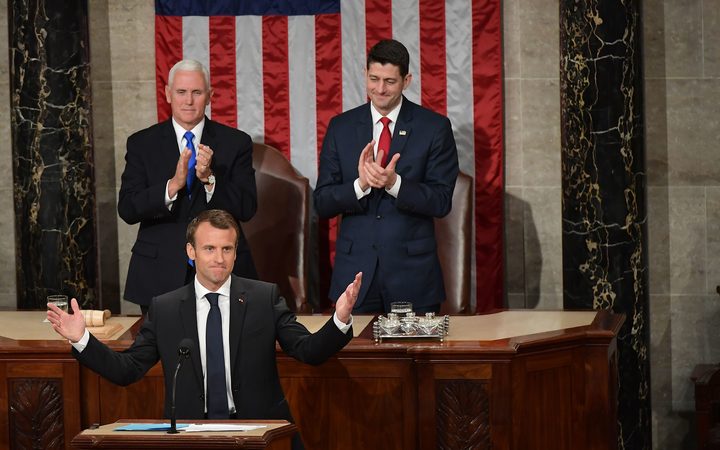 Mr Macron said such policies were a threat to global prosperity.

The speech was seen as rebuking Donald Trump, who has been accused of stoking nationalism and promoting isolationism through his America First policies.

Mr Macron said the US had invented multilateralism and needed to reinvent it for a new 21st Century world order.

The French president was given a three-minute standing ovation as he took his place in the chamber for his speech.

He hailed the "unbreakable bonds" of the US and France, forged in "liberty, tolerance and equal rights". 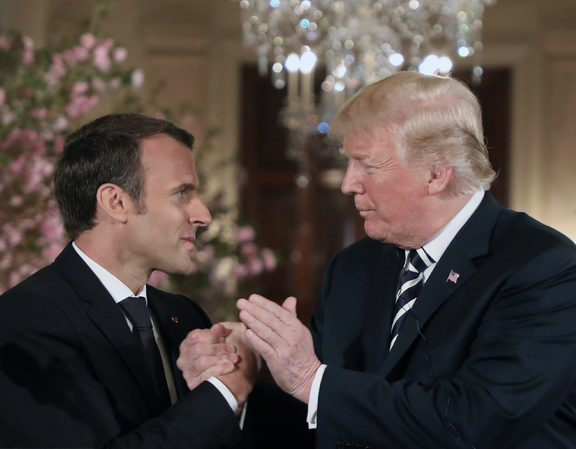 US President Donald Trump and French President Emmanuel Macron at a joint press conference at the White House. Photo: AFP

Mr Macron has developed a strong relationship with President Trump, and is in Washington as the first foreign leader to be afforded a US state visit by the Trump White House.

But the French president's comments showed that the pair do not agree on all subjects.

Mr Macron said isolationism, withdrawal and nationalism "can be tempting to us as a temporary remedy to our fears. But closing the door to the world will not stop the evolution of the world. It will not douse but inflame the fears of our citizens".

He added: "We will not let the rampaging work of extreme nationalism shake a world full of hopes for greater prosperity."

He said the UN and the Nato military alliance might not be able to fulfil their mandates and assure stability if the West ignored the new dangers arising in the world.

On trade, Mr Macron said that "commercial war is not the proper answer", as it would "destroy jobs and increase prices", adding: "We should negotiate through the World Trade Organization. We wrote these rules, we should follow them."

Mr Trump has in the past said that trade wars are good and easily won. He has taken on Europe and China with new tariffs, saying the US has suffered from unfair trade practices.

On another issue of difference, Iran, Mr Macron said his country would not abandon a nuclear deal with Tehran that was agreed by world powers when President Barack Obama was in office but which Mr Trump has branded "terrible".

Mr Macron said: "This agreement may not address all concerns, and very important concerns. This is true. But we should not abandon it without having something more substantial instead."

But he added: "Iran shall never possess any nuclear weapons. Not now. Not in five years. Not in 10 years. Never."

On the environment, he said by "polluting the oceans, not mitigating CO2 emissions and destroying biodiversity we are killing our planet. Let us face it, there is no Planet B".

Donald Trump last year withdrew the US from the Paris global climate accord, another landmark Obama achievement, saying it was a "very bad deal for the US".

The accord, signed by nearly 200 countries, aims to cut damaging emissions.