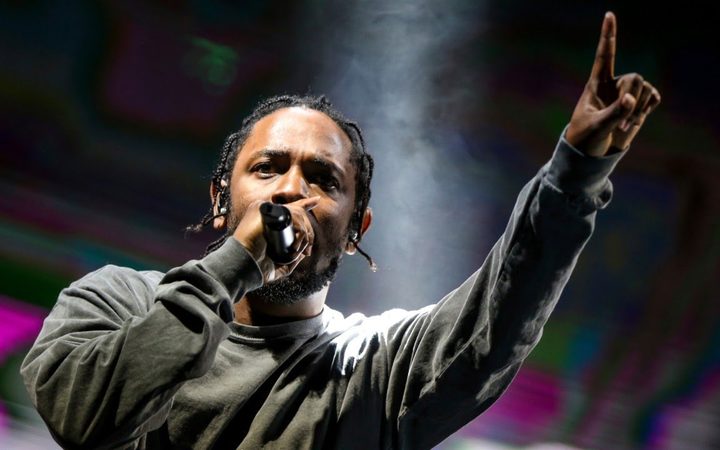 Lamar, 30, is the first rapper to win the prestigious award. The Pulitzer follows the five Grammy awards won by Lamar in January for the album.

Rap is now officially the biggest music genre in the United States after surpassing rock in 2017.

Lamar's fusion of jazz, poetry and blues with social themes and love songs has made him one of the most innovative rappers of his generation.

The Pulitzers, the most prestigious honors in American journalism and the arts, have been awarded since 1917. Lamar's Pulitzer win marked a significant departure as previous honorees have been drawn from the worlds of classical music and jazz.

The Pulitzer board on Monday hailed "DAMN.", which was released in April 2017, as "a virtuosic song collection unified by its vernacular authenticity and rhythmic dynamism that offers affecting vignettes capturing the complexity of modern African-American life."

Lamar is from the Los Angeles suburb of Compton, the home of hip-hop pioneers NWA.

In journalism, The New York Times and the New Yorker magazine shared the honor for public service for their reporting on the sexual harassment allegation against Hollywood producer Harvey Weinstein.

The Times and the Washington Post shared the honor for national reporting for their coverage of the investigation into Russian involvement in the 2016 U.S. presidential election.

The feature photography prize was awarded to the Reuters photography staff "for shocking photographs that exposed the world to the violence Rohingya refugees faced in fleeing Myanmar."