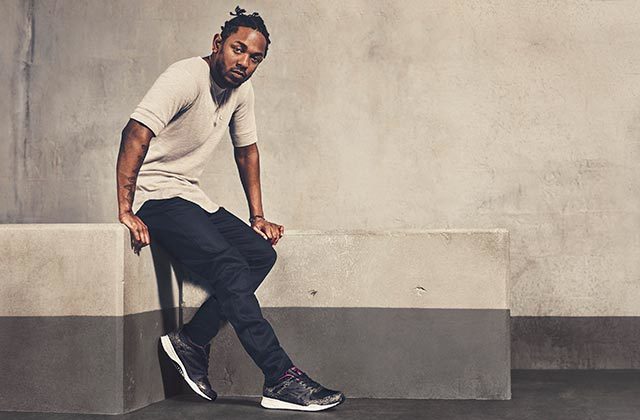 Is Kendrick Lamar the greatest living rapper? Nick Bollinger weighs up the evidence. 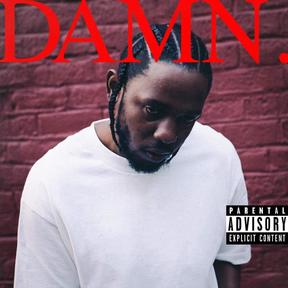 Kendrick Lamar has been called “the greatest rapper alive” by numerous pundits - including himself.

His track record, for a start. Four studio albums in six years – five if you count last year’s disc of out-takes from his monumental To Pimp A Butterfly - and with each one he’s further refined his remarkable verbal flow.

Listen to the way he builds the verses of ‘Feel’ on Damn, his new album, beginning each line with the simple assertion ‘I feel’ before offering up the next simile, while the internal rhythms and alliterations grow busier and more complex by the bar.

‘The feelin’ of false freedom, I’ll force feed ‘em the poison that fills up the prison’.

It’s breathtaking stuff, quite literally. And Kendrick delivers such near-impossible lines with the ease of a champion.

There has always been a side to the rapper’s art that is like a competitive sport, dependent on match-fitness as much as inspiration. And on this level Kendrick is at the top of his game. The boasting and bragging that is a sometimes wearisome part of hip-hop can be heard here in much the same way as the verbal taunts that the late Muhammad Ali would direct at his opponents. And how does that make the rapper feel? Like God, according to the song of that title.

Prowess on the mic is one thing, and it makes a big part of the case for Kendrick. But what provides the framework and the impetus for these feats of verbal virtuosity are his ideas – and he’s no shorter of those than he is short of breath.

He emerged from a fresh generation of rappers who, unlike some of their more one-dimensional forebears, showed they were ready to address their personal conflicts, and the contradictions within themselves. On Damn he keeps one eye on the world, with swipes at Trump, Fox News and Geraldo Rivera, but overall the focus is more inward than ever. And whether tackling Fox’s racism or his own yin and yang, the thread that runs right through these tracks is a moral one, with a Biblical tone.

These songs are explorations of moral absolutes. ‘Pride’ is not the only track here that takes its title from one of the seven deadly sins. And though Kendrick often seems to be pointing a finger, issuing a challenge to either his rivals or his listeners, you sense that for the most part, it’s really his own moral performance that is being measured.

To the casual ear, hip-hop can sometimes seem gratuitously violent, denigrating to women, or just childishly self-aggrandising, and Kendrick’s music is not immune to such criticisms. Only it would be a mistake to take any one of his verses as a personal manifesto, just as it would be a mistake to judge Shakespeare by the views expressed by, say, Iago. The perspective in these songs is in constant rotation, often shifting within a single verse. And the shifts can be both subtle and dramatic.

It’s clear that Kendrick conceives the album as a complete work; his canvas, his novel or theatre. Beginnings and endings are important, and Damn begins and ends as dramatically as anything I’ve heard. It’s bookended by a pair of parables. The first of these, ‘Blood’ – in which the narrator is killed by a blind woman he is trying to help - sets the tone. And the shocking conclusion of that tale is echoed in the record’s closing track: a much longer piece of storytelling that tells the extraordinary and apparently true story of how label boss Anthony ‘Top Dawg’ Tiffith – long before he founded his Top Dawg music empire or signed a young Kendrick Lamar – had once, as a fledgling gangster, come close to shooting Kendrick’s father, working at the time in a fast-food joint. The track is masterful, wrapping up in one hefty parable the album’s underlying concern with the morals we live by and the choices we make. And in a powerful piece of sonic symbolism, it ends by literally rewinding to the start of the album.

Though Kendrick is a sonic innovator, Damn doesn’t initially seem as eclectic or inventive as To Pimp A Butterfly. That album reached wide, pulling bebop and funk into the mix. Damn is more spare, its musical reference points more consistently contemporary. It sounds like the modern pop/hip-hop album that it is, which is not to say it isn’t experimental and, at times, unexpectedly beautiful.

But my favourite track is ‘Fear’, in which Kendrick moves verse by verse through the ages of man (something Shakespeare memorably did), exploring what fear means to the child, the teenager, and up to his present adult self.

Is Kendrick Lamar the greatest rapper alive? I’ll go along with that assessment for the moment. Yet as Kendrick knows, it’s not a title one can take for granted, or that anyone has ever held onto for all that long. As he shows us on Damn, he lives in a world in which pride can flip to fear, within a single song.

Damn is available on Insomniac/Interscope.