Pope Francis acknowledged that he had made "grave mistakes" in the handling of a sexual abuse crisis in Chile, saying he felt shame and inviting victims he had once doubted to Rome to seek their forgiveness personally. 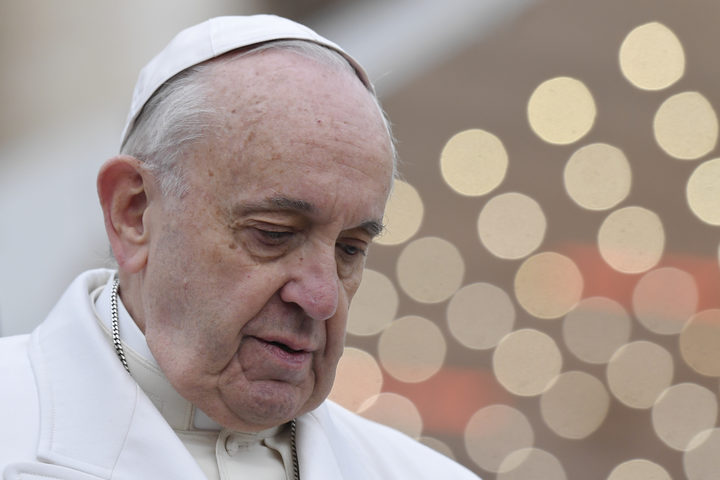 "I have made grave mistakes in the assessment and my perception of the situation, due in particular to a lack of truthful and balanced information," he wrote in an extraordinary letter to Chilean bishops.

The letter followed a visit to Chile by one of the Vatican's most experienced sexual abuse investigators, Archbishop Charles Scicluna of Malta.

Archbishop Sciluna was investigating claims surrounding Bishop Juan Barros, appointed by the pope in 2015 despite accusations that Bishop Barros had covered up sexual abuse of minors by his mentor Father Fernando Karadima.

Pope Francis wrote the letter after receiving Archbishop Scicluna's 2300-page report and in the missive to the bishops he summoned them to Rome for a meeting. He did not say when it would take place.

Such gatherings are rare and usually take place in a period of crisis in a national Church. A similar meeting took place in Rome with American bishops in 2002 during the papacy of Pope John Paul after a sexual abuse crisis exploded in the United States.

In the three-page letter in Spanish, issued simultaneously at the Vatican and in Chile, the head of the Roman Catholic Church said he wanted to "re-establish trust in the Church, trust that was broken by our errors and sins, and heal the wounds that continue to bleed in Chilean society."

Controversy over Bishop Barros, bishop of the city of Osorno in Chile's south, dominated a recent trip the Argentine pontiff made to South America. Critics accused the pope of not understanding the depth of the crisis after he initially defended Bishop Barros and said he was the victim of slander.

"I apologize to all those I have offended and I hope to be able to do it personally in the coming weeks, in the meetings I will have (with victims)," the pope said in the letter.

A number of men have accused Bishop Barros of protecting his former mentor, the Rev. Fernando Karadima, who was found guilty in a Vatican investigation in 2011 of abusing them and others when they were boys. Karadima always denied the allegations, and Bishop Barros said he was unaware of any wrongdoing.

The letter gave no clue about Bishop Barros' future.

During the pope's trip in January, a Chilean reporter asked a question about Bishop Barros.

"The day I see proof against Bishop Barros, then I will talk. There is not a single piece of evidence against him. It is all slander. Is that clear?" the pope replied.

On the plane returning from Chile, Pope Francis told reporters he believed the bishop was innocent.

Days later, the pope did a turnaround and sent Archbishop Scicluna to investigate.

In his letter, Pope Francis said the Chilean Church now had "to repair the scandal as much as possible and restore justice."

In a statement Osorno parishioners said they appreciated the pope's change of heart and accepted his plea for forgiveness. Still, they said specific measures, including the resignation of Bishop Barros, were needed to restore confidence in the church.