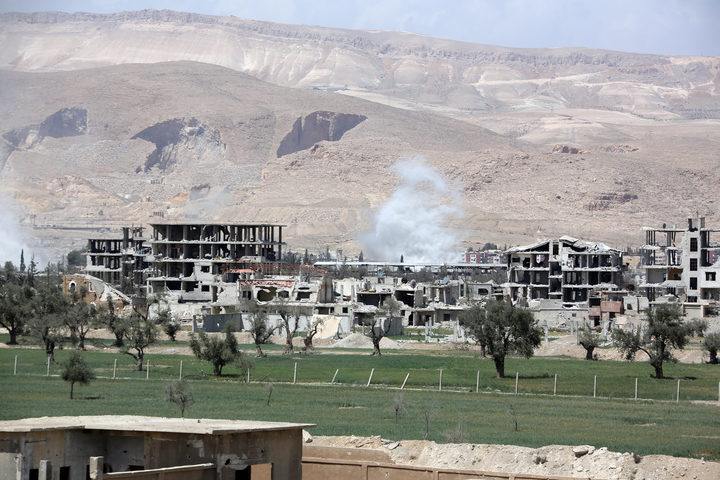 A military airport in Syria has come under missile attack, the country's state media has reported.

It said several people were dead or wounded, and that Syrian air defence was responding.

Syrian TV said loud explosions had been heard near the T4 airbase in the city of Homs in the early hours of Monday.

Details are still emerging and the reports have not been independently verified.

The reports come amid global alarm over a suspected chemical attack on the rebel-held town of Douma.

US president Donald Trump branded Syria's President Assad an "animal" on Sunday, warning that he, along with allies Iran and Russia, had a "big price to pay".

Many dead, including women and children, in mindless CHEMICAL attack in Syria. Area of atrocity is in lockdown and encircled by Syrian Army, making it completely inaccessible to outside world. President Putin, Russia and Iran are responsible for backing Animal Assad. Big price...

....to pay. Open area immediately for medical help and verification. Another humanitarian disaster for no reason whatsoever. SICK!

But a senior US official said there was no truth to reports that the US carried out strikes against government bases in Syria, Reuters news agency said.