Nauru's justice system is without any court of appeal, after the Nauruan government severed ties with the Australian judicial system. 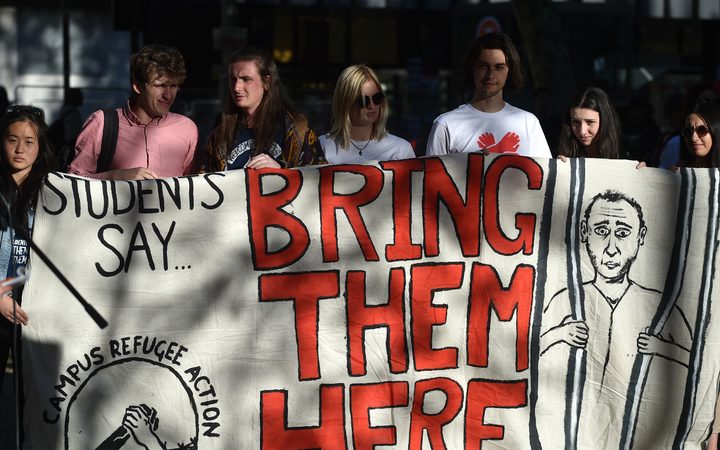 The move by the Pacific island's government has left former Opposition MPs involved in highly-politicised cases with no avenue of appeal.

Their lawyers only found out about the change after a chance encounter with senior Nauruan officials on a flight to Brisbane.

The highest court in Nauru is its Supreme Court, but since the 1970s, defendants have been able to seek leave to appeal to the Australian High Court as a final arbiter.

Nauru wants to establish its own Court of Appeal to give the nation greater independence, but its Parliament is yet to vote on the matter.

Last month, the government cited affordability and transparency as the motivation for change, as well as asserting the nation's sovereignty.

Australian jurist and former resident magistrate of Nauru Peter Law said he believed it was a laudable goal, but described the timing as "alarming".

That is because the timing affects the case of several former Nauruan MPs who were involved in an ugly protest in 2015.

The protest was related to their concerns about the independence of the judiciary.

Two Australian lawyers for the Opposition MPs were on flight from Nauru back to Australia on Good Friday after hearing a judgement on the case.

On the same flight was Nauru's Solicitor-General Jay Udit.

A casual chat on arrival in Brisbane revealed the Nauruan government had already formally notified Canberra it was scrapping the treaty that allows appeals to be heard by the Australian High Court.

Although the Nauruan government's intention to set up its own Court of Appeal had been flagged, it had not publicised the formal notification to cut ties with the Australian judicial system.

The ABC understands this took place on 12 December and that it took effect three months later.

Given a new Nauruan appellate court has not yet been established, nor approved by Parliament, there are no options for further appeal.

One of the lawyers for the Opposition MPs, Christian Hearn, said it left the defendants "in a state of limbo".

"At this stage, through executive action in a highly politicised case, they have been denied their rights to appeal against the decision of the Supreme Court last week," he said.

Therefore, as of 13 March, appeals to Nauruan Supreme Court decisions can no longer be heard in Australia.

Mr Hearn said there had been no notification by the Nauruan government, the public prosecutor or the Supreme Court about the major change in the legal landscape.