Five women who have accused comedian Bill Cosby of sexually assaulting them will be allowed to testify at his upcoming retrial. 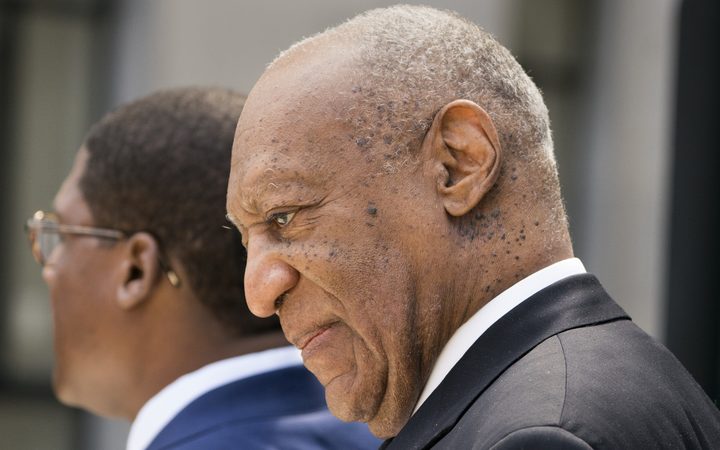 Pennsylvania's Montgomery County Judge Steven O'Neill made the ruling that the women could speak as Cosby, 80, faces charges of sexually assaulting his former friend Andrea Constand, now 44, at his home near Philadelphia between 30 December 2003, and 20 January 2004.

His first trial - last June in the Philadelphia suburb of Norristown, Pennsylvania - ended in a mistrial when the jury failed to reach a unanimous verdict after six days of deliberations.

Constand, a former administrator of the women's basketball team at Temple University in Philadelphia, is one of more than 50 women who have accused him of sexual assaults, some dating back decades.

All the claims but Constand's are too old to be the subject of criminal prosecution.

Prior to the allegations, Cosby was best known to Americans for his starring role as a beloved TV dad in The Cosby Show in the 1980s. He has repeatedly denied assaulting anyone, saying all the encounters were consensual.

His spokesman, Andrew Wyatt, did not immediately respond to a request for comment.

Prosecutors had sought to call 19 other accusers as witnesses to show the incident fit a pattern of criminal behaviour. Like many other alleged victims, Constand has said Cosby gave her an intoxicant that left her disoriented and unable to stop his advances.

Judge O'Neill said prosecutors could select five women from the eight accusers whose allegations are most recent, ranging from 1982 to 1996. Defence lawyers had argued that accusations dating back to 1965 were so old that they would be impossible to counter given Cosby's age.

The accusers were not named in court documents, but the descriptions of their accounts match those of several women who have come forward publicly, including model and television personality Janice Dickinson.

The judge allowed one other accuser to testify at Cosby's first trial. A defendant's history usually is not admissible as evidence that he committed a particular crime.

Cosby's lawyers argued that permitting other accusers to testify would unfairly prejudice jurors, especially against the backdrop of the #MeToo movement which has encouraged millions of women to share their experiences of sexual abuse or harassment.