US Republicans on a House panel have found no evidence of collusion between the Trump campaign and the Kremlin in the US 2016 presidential election. 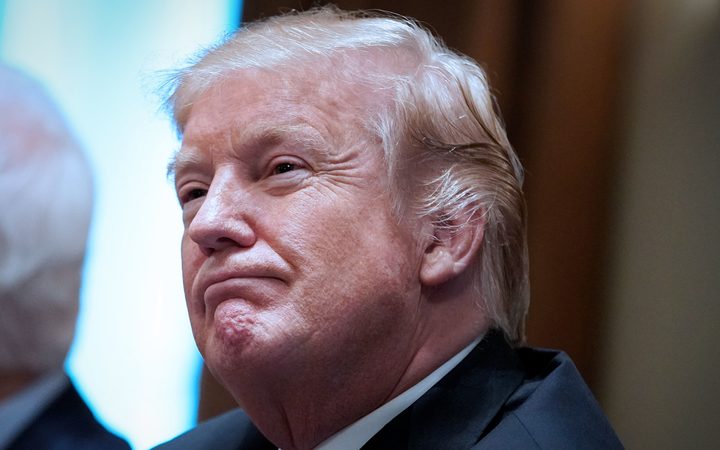 Mike Conaway, who leads the inquiry, said the House Intelligence Committee agreed with US intelligence agencies that Russia interfered in the race.

But he said Republicans did not find proof that it was to sway the election in favour of President Donald Trump.

The inquiry is one of several probes looking into alleged Russian meddling.

Investigations by special counsel Robert Mueller and the Senate Intelligence Committee are ongoing.

Mr Mueller is leading a criminal investigation while the congressional inquiries serve to inform the public and make legislative recommendations.

Mr Conaway, the Texas Republican who has led the yearlong probe, announced on Monday the House committee had finished interviewing witnesses and planned to share a draft report with Democratic colleagues on Tuesday.

"The bottom line: The Russians did commit active measures against our election in '16, and we think they will do that in the future," he told reporters.

But he added: "We found no evidence that the Trump campaign or anyone associated with it colluded with the Russians."

The Republican conclusion breaks with an assessment by the US intelligence community last year that found Russia allegedly meddled in an effort to help Mr Trump win the presidency. Russian officials have repeatedly denied intervening in the 2016 election.

Democrats on the panel are expected to release their own report.

Adam Schiff, the ranking Democrat on the committee, called the investigation "fundamentally incomplete".

"By ending its oversight role in the only authorised investigation in the House, the Majority has placed the interests of protecting the President over protecting the country, and history will judge its actions harshly."

Mr Trump, who has denied any wrongdoing, tweeted about the House Republicans' conclusion on Monday night.

THE HOUSE INTELLIGENCE COMMITTEE HAS, AFTER A 14 MONTH LONG IN-DEPTH INVESTIGATION, FOUND NO EVIDENCE OF COLLUSION OR COORDINATION BETWEEN THE TRUMP CAMPAIGN AND RUSSIA TO INFLUENCE THE 2016 PRESIDENTIAL ELECTION.

Mr Conaway said the panel had spoken to 73 witnesses and reviewed more than 300,000 pages of documents.

He said the worst the panel found was "perhaps some bad judgment, inappropriate meetings, inappropriate judgment at taking meetings", which appeared to refer to a June 2016 meeting between Trump campaign officials and a Russian lawyer that has come under scrutiny.

"But only Tom Clancy or Vince Flynn or someone else like that could take this series of inadvertent contacts with each other, or meetings or whatever, and weave that into sort of a fiction page turner, spy thriller," Mr Conaway said.

The draft report includes 25 recommendations for Congress relating to election and cyber security.