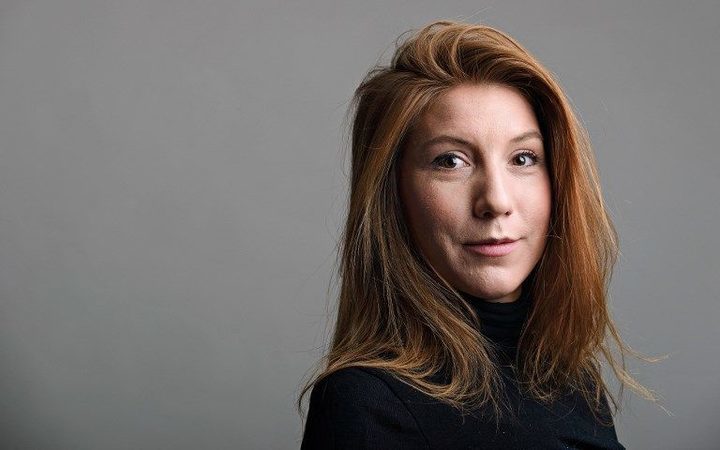 At his trial in Copenhagen, Mr Madsen said the 30-year-old died of carbon monoxide poisoning when the vessel filled with toxic exhaust fumes.

But he has admitted dismembering Ms Wall's body and disposing of it at sea.

When asked why he did so, he told the court: "I don't see how that mattered at that time, as she was dead."

Ms Wall's remains were found by a passing cyclist, 11 days after she interviewed the inventor last August.

He faces a life sentence if convicted, which typically means 15 to 17 years in prison without parole.

About 40 witnesses are set to give evidence, as prosecutors attempt to shed light on the circumstances of Ms Wall's death.

Mr Madsen appeared calm on Thursday, wearing a black T-shirt, jeans and black glasses. Members of the Wall family were also in the session.

His lawyer Betina Hald Engmark told the court he denied murder but admitted "violating the law about indecent handling of a corpse".

Explaining his version of events, Mr Madsen said the air pressure on board his submarine suddenly dropped while he was standing on the deck and Ms Wall was in the engine room.

He said the vessel began to fill with exhaust fumes but he was unable to open the hatch and enter.

"When I finally manage to open the hatch, a warm cloud hits my face. I find her lifeless on the floor, and I squat next to her and try to wake her up, slapping her cheeks," he said.

Asked why he had changed his story several times, Mr Madsen said that he had "wanted to spare her family" the "gruesome details."

During the session, the prosecution said:

Ms Wall, a freelance journalist, boarded Mr Madsen's UC3 Nautilus on the evening of 10 August 2017 to interview him for a story.

She had left her boyfriend at a going-away party the couple were having ahead of a planned move to Beijing. When she did not return, her boyfriend alerted the police.

Mr Madsen was rescued the next morning as his vessel was sinking. He initially told police that he had dropped off the reporter before the vessel began to go down.

But he later said she died when a heavy hatch on the submarine fell on her head.

Eleven days later, a cyclist found the remains of the journalist's headless torso on a nearby beach. Weeks later, police divers discovered other parts of her body in plastic bags weighed down with metal.

The 47-year-old Dane - the skipper and designer of the Nautilus, a 17m- long privately-owned submarine - changed his version of events several times.

After saying a hatch fell on her head, he maintained instead that she had been killed by carbon monoxide poisoning inside the submarine while he was up on deck.

He initially denied cutting up her body, but then admitted dismembering it and dumping the body parts in the sea.

The trial is expected to last 12 days over seven weeks, with a verdict expected on 25 April.