Seawater poured onto coastal streets in Boston where businesses were surrounded with flood barriers and sandbags, and waves pounded homes along Massachusetts's shore as a storm packing heavy winds hit the US East Coast from Maine to Virginia. 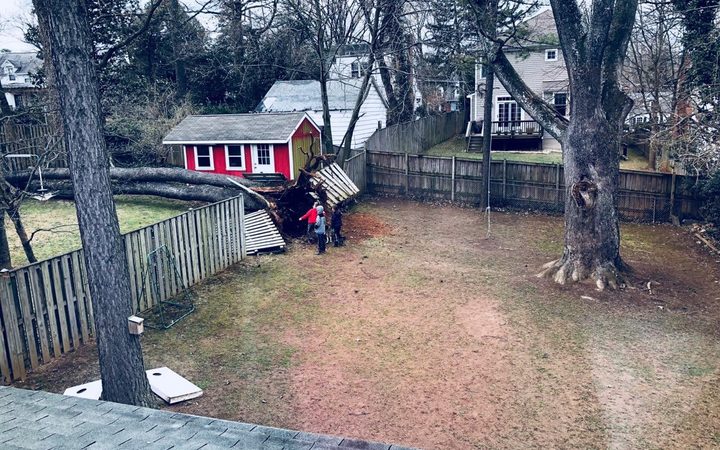 A tree came down during the storm in Maclean, Virginia Photo: RNZ/ Supplied

Almost 1.7 million homes and businesses were without power in the Northeast and Midwest, about 3,000 US flights were canceled and the control tower at Dulles International Airport outside Washington was briefly evacuated due to dangerous high winds.

The first flood surge came at an extreme high tide, which occurred a little after 11am EST (5am NZT) in Boston, the second time this year parts of the city flooded. The street-level flooding receded later in the afternoon, but high winds whipped up whitecaps and tossed sailboats moored in Boston Harbor.

"This is pretty dangerous. The governor should have told people to say home," said James Mohn, the 54-year-old chef of The Daily Catch, a waterfront restaurant, as he watched what he called what of the worst storms he had seen in his 30 years living in Boston.

Officials warned that strong ocean winds could keep waters high and posed a risk of even higher flood levels at the next two high tides, due near midnight and noon on Saturday. They urged people in Boston's coastal suburbs who had evacuated their homes during the morning floods not to return until the storm passed.

"Conditions are actually going to be worse during the middle part of the night tonight than they were at the high tide during the day because the water has already been pushed toward the coast and the storm will be pretty much at its peak," said Alex Sosnowski, senior meteorologist at the private forecasting service Accuweather.

High wind gusts approaching 113km per hour contributed to the flooding, by driving water in, and the extensive power outages, by downing trees and power lines. 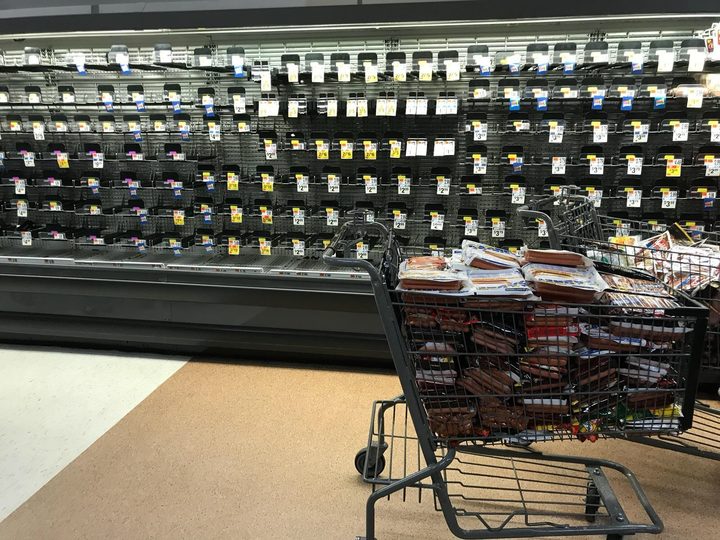 The winds also snarled travel. New York's LaGuardia and John F. Kennedy airports halted most flights due to high winds on Friday afternoon. More than a quarter of flights into and out of New York's three major airports and Boston's airport were canceled, according to tracking service Flightaware.com. Passenger railroad Amtrak halted service between New York, Boston and Washington.

One flight landing at Washington's Dulles Airport came in through turbulence so rough that most passengers became sick and the pilots were on the verge of becoming sick, the Federal Aviation Administration said.

Residents of coastal areas that regularly flood in storms had been encouraged to evacuate their homes and head to higher ground, said Chris Besse, a spokesman for the Massachusetts Emergency Management Agency.

Sarah Moran, a 59-year-old mother of six, was fretting whether her family's oceanfront home in Scituate, Massachusetts, south of Boston, would survive.

"Every house south of mine has been washed away since the 1978 blizzard. That risk is part of the package, the house comes complete with ocean views, taxes, maintenance and risks," she said in a phone interview from Burlington, Vermont.

The storm dropped as much as 45.72cm of snow in parts of upstate New York and northeastern Pennsylvania, Accuweather said.

More than 1.7 million homes and businesses were without power across the region, with the largest number of outages spread across Virginia, Maryland, West Virginia, Ohio, Michigan and New York state, utilities said.