Nelson and Tasman are still mopping up after the last big storm just under three weeks ago, as Cyclone Gita looms. 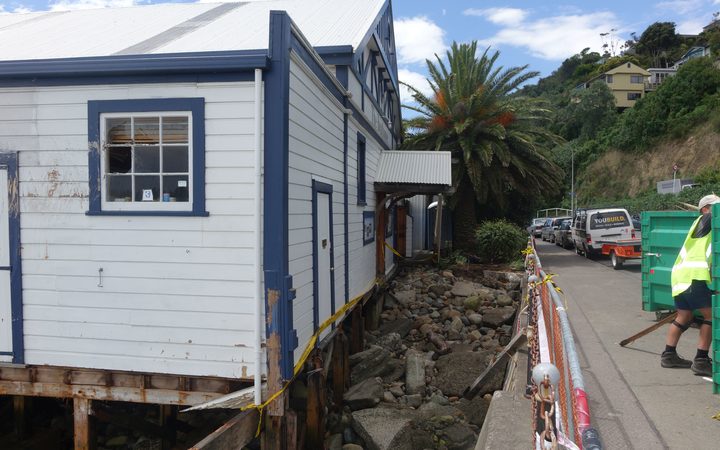 Property owners are picking up the pieces in the worst affected areas, as they brace themselves for the next onslaught.

Karyn Holland and her partner live four houses back from the beach at Ruby Bay, near Mapua, but that did not stop the sea coming through the ground floor of their two-story home. It wrecked three skiploads of items in storage, including whiteware, camping gear and gardening tools and equipment.

She said they are okay, but other locals are really hurting.

"There are some very emotional people. There was a public meeting in Mapua last week with the council and Civil Defence and there some people who are really hurting - they're really struggling. They feel like they've lost everything."

Ms Holland said the recovery process is proving to be different for everyone, because the damage has been wide-ranging.

"Some people are unable to live in their house. We were lucky as we haven't had to go anywhere else - we've just had to clean and tidy, and throw away damaged stuff but the house right in front of us - they're not going to be back in it for at least eight months."

Ms Holland said another neighbour's home is so badly damaged they are looking at having to spend a year in rental accommodation, or a motorhome.

The Tasman District Council said it has been in touch with more than 100 households in the Ruby Bay and Mapua area in the wake of ex-tropical cyclone Fehi. Spokesman Chris Choat said they are conscious of the fact the damage was more than just physical.

"People were quite shocked. We're talking about people's houses and lives that were put into disarray, and with the impending further cyclone we felt it important to be in touch with them, to help in way we can," Mr Choat said.

Further east in Nelson the repairs to homes, heritage buildings and highways are cranking up.

In Monaco - a quiet, low-lying coastal suburb, the sea gates across people's homes weren't nearly enough to hold out the storm surge which was large enough to roll over Nelson's Boulder Bank and toss logs and debris into Nelson Haven. 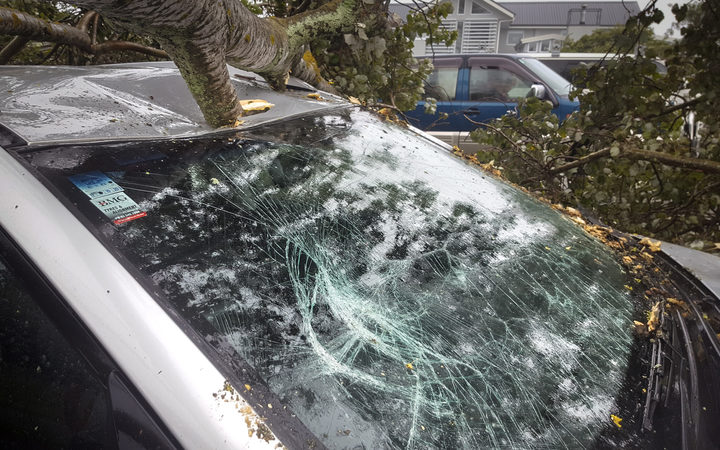 A car was crushed by a fallen tree in Nelson after severe weather hit the area. Photo: RNZ / Tracy Neal

Monaco resident Jane-Maree Holmes said it was a major event for the neighbourhood, and one that is becoming a bit too familiar.

"After the last storm there were lots of cleaning companies coming down doing carpets and things like that. Most people are realising we live by the sea so just push up their sleeves and get on with it really."

Mrs Holmes and her husband Martin operate a sailing charter business in Nelson and the Abel Tasman National Park. She said they and other boat operators with vessels moored in Kaiteriteri have moved them to safer anchorages away from the forecast easterlies which can be especially bad along the western edges of Tasman Bay.

Along the Nelson city waterfront, repairs have started on two heritage buildings almost wiped out by the ocean swells.

The owner of the Boatshed Cafe, Zviki Eshet has announced the building will be repaired after it looked like it was gone for good.

Further along the road, The Boathouse public venue is set to swing again once it's been repaired. Manager Ali Howard said the priority has been on urgent work to secure the 1906 wooden building, and meetings with insurers and contractors. 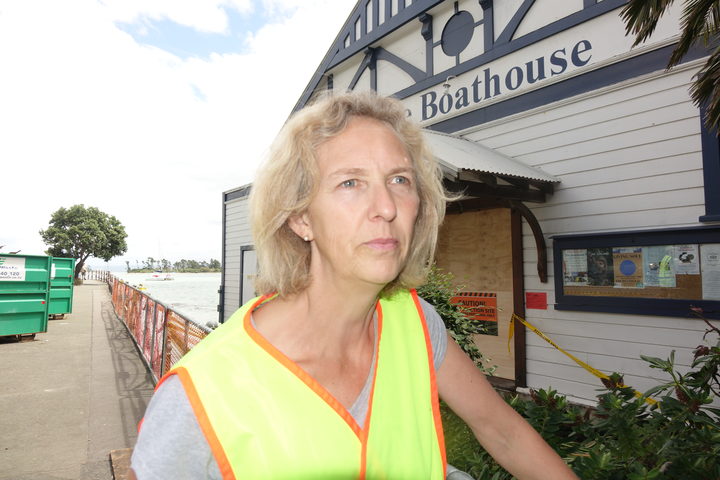 "We hope to start work on the rebuild within the next week or so. As for the next 48 hours...we've secured the building as much as we can to make sure there's no further damage from Cyclone Gita."

The transport agency said repairs to State Highway 6, Rocks Road along the Nelson waterfront are expected to cost around $600,000 as part of pre-budgeted maintenance, and could take until the end of March to finish.

It said work has already ramped up to repair the footpath and sea wall to minimise any further potential for damage from the expected arrival of Cyclone Gita. 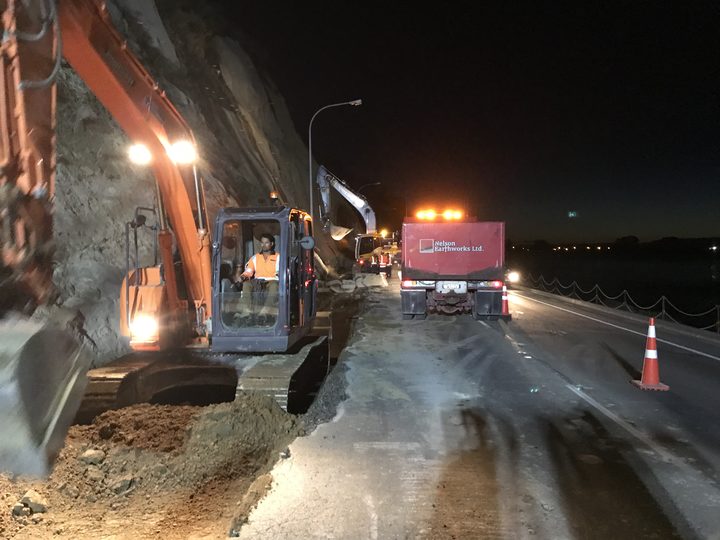 System manager Frank Porter said Rocks Road has had temporary gravelled surfaces sealed to keep the weather out, and minimal works are programmed other than maintenance until the storm has passed.

The agency said there is a high likelihood that Rocks Road will be closed tomorrow from mid morning, with confirmation by 7am Tuesday.