A coach travelling along the Pan-American Highway in Peru has plunged off the road, killing at least 35 people, local police say. 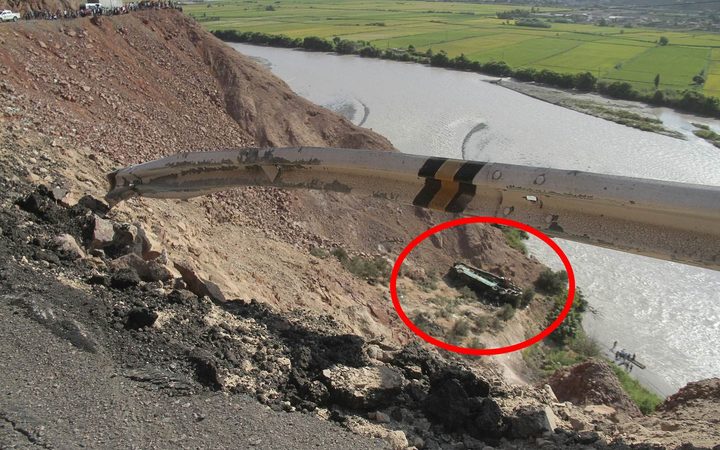 A bus is seen at the end of a ravine after veering off a mountain road and plunged into a ravine on the Panamerican road in southern Peru. Photo: AFP

The accident happened at 1.30am (local time) near the Ocoña bridge in Peru's southern Arequipa province.

Local media said the coach had fallen from a height that was described as being between 80m and 200m.

Last month, 52 people died when another coach fell down a cliff in Peru.

Arequipa newspaper Diario El Pueblo tweeted a picture of the coach lying on its side by the bank of the river Ocoña.

In Wednesday's incident, the coach, which belongs to the Rey Latino company, was taking passengers from the town of Chala to the city of Arequipa.

A passenger list showed at least 45 people had signed up for the journey but police said the number of dead and injured suggested more passengers had boarded the coach along the way.

The cause of the accident is not yet known.

Peru President Pedro Pablo Kuczynski expressed his condolences to the relatives of those killed.

He wrote that all the relevant measures were being taken to help with the rescue and transfer to hospital of the victims.

It comes seven weeks after another deadly accident on the Pan-American Highway north of the capital, Lima.

In that case, a lorry driver clipped the coach, causing the latter to veer off the road and down a steep cliff.