All of the 955 miners trapped in a South African goldmine have been rescued. 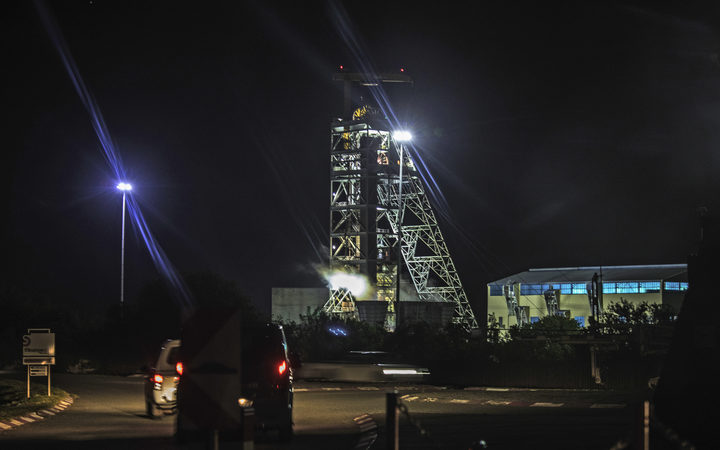 The Sibanye Beatrix gold mineshaft, where hundreds of miners are trapped underground after a power outage. Photo: AFP

The miners remained trapped for two days after a power cut affected the lifts in the mine on Wednesday.

They became stuck when a thunderstorm cut the power to the Beatrix gold mine, southwest of Johannesburg, meaning the lifts could not bring them the night shift workers to the surface.

A spokesperson for their employer earlier said about 65 had been rescued, and the rest were all accounted for and "appear to be fine".

South Africa is a leading gold producer, but the industry has often been accused of a poor safety record.

The Beatrix mine is in Welkom town, about 290 kilometres south-west of Johannesburg. It is owned by Sibanye-Stillwater mining firm.

"All employees appear to be fine. We are supplying food and water," company spokesman James Wellsted was quoted as saying by the AFP news agency.

Engineers were struggling to get emergency generators to operate and to get the lifts working again, he added.

"We are busy working on that issue at the moment," Mr Wellsted said.

The National Union of Mineworkers (Num) said the rescue process was "very slow".

"The problem is they are rescuing one mineworker at a time. It is worrying," Num spokesman Livhuwani Mammburu said.

The Association of Mineworkers and Construction Union (Amcu) said its concerns about dehydration and a lack of food had been heightened by "the sheer number of workers" trapped.

"Mining is very unsafe, and mineworkers risk life and limb daily to put bread on the table for their families," Amcu leader Joseph Mathunjwa said in a statement.

South Africa has some of the world's deepest and most dangerous mines.

More than 80 fatalities were recorded in the country's mines in 2017.