Fire crews have worked through the night trying to control a number of bush fires burning in Western Australia's southwest. 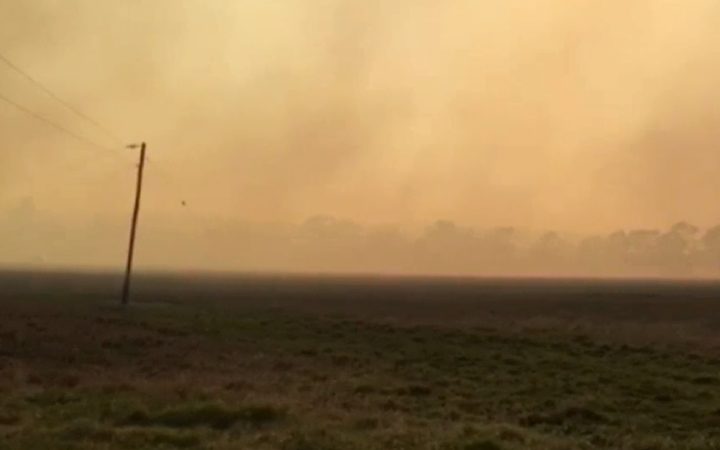 The state's fire service, DFES, said property and lives were at risk in the town of Gidgegannup, 40km to Perth's northeast, after a fire burning in the region intensified overnight.

The department upgraded the alert level from "watch and act" to "emergency" and advised residents to take necessary steps to ensure their safety.

Conditions there have eased overnight and the spread of the blaze has slowed. The firefighting effort will be reassessed at first light.

Residents in the western part of Gidgegannup, a township about 40 kilometres north-east of Perth, have been warned to evacuate because of a fire that started near Burgess Road and O'Brien Road.

The fire was burning in inaccessible land at the end of Burgess Road, where homes were under threat. 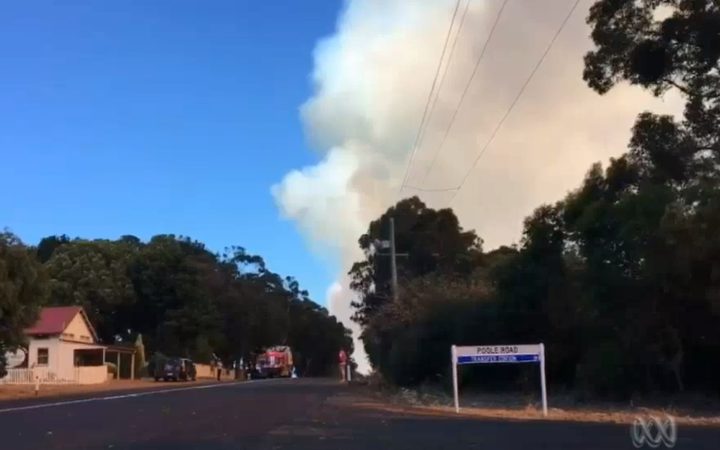 Windy conditions hampered firefighting efforts in the town of Augusta, about 300km south of Perth, where a fire started near the Bussell Highway and the Westbay Retreat Caravan Park.

It has burned at least 80 hectares of land, and there have been up to 80 firefighters on the ground battling the blaze.

The fire was burning on both sides of Bussell Highway in paddocks and moving in a northerly direction. It was out of control and unpredictable, firefighters said.

While it appeared to be moving away from the town, there were properties in its path.

Shire of Augusta chief bushfire control officer Dave Holland told ABC Radio Perth firefighters had managed to save a number of homes, and keep it away from a caravan park.

"As far as I'm aware [the people at the caravan park] are all safe.

He said firefighters had been grappling with winds up to 60km/h.

"It's causing us a few problems, but we seem to be coping OK," he said.

An evacuation centre was set up at the Centennial Hall on Blackwood Avenue, and another at the Margaret River Cultural and Recreation Centre.

Local butcher Archie Brooks earlier said he believed a large number of housing units on the side of Bussell Highway were in danger.

"There's all dense bushland heading back through, a lot of housing units through to the left of it on Bussell Highway. All of those are in danger."

Mr Brooks said he was helping a friend collect his belongings and get out of the area.