Parts of south-east Australia are bracing for scorching temperatures today, with some areas of South Australia also warned of a catastrophic fire danger. 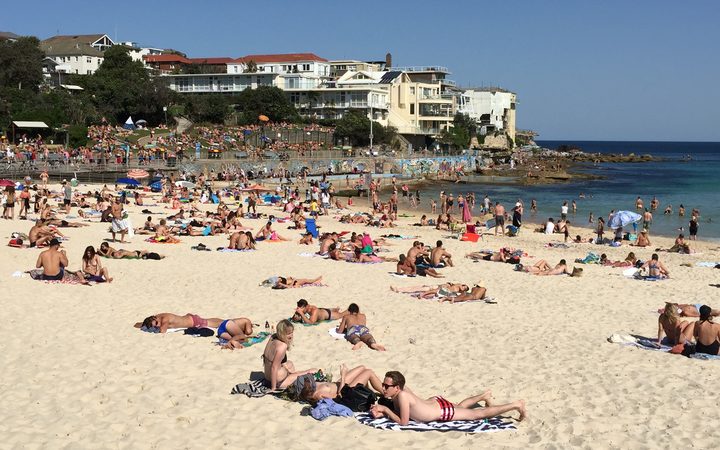 Temperatures are expected to reach up to 46 degrees Celsius in some parts of Australia this weekend. Photo: CITIZENSIDE/PETER SCARF

Authorities in South Australia have urged people to prepare their bushfire survival plans, with conditions predicted to be the worst since the Pinery fire of late 2015 that claimed two lives.

The fire danger in the Mount Lofty Ranges and upper and lower south-east districts is rated as catastrophic.

Temperatures are expected to reach up to 46 degrees Celsius, with strong north to north-westerly winds forecast and total fire bans declared for all of the state's 15 districts.

"There'll be many people who'll still be on holidays on the river and along coastal areas of the state who will need to think about [what to do] if there's a fire that occurs in their area," County Fire Service (CFS) chief officer Greg Nettleton said.

A combination of extreme heat, strong winds, dry conditions and the size of the fuel load have contributed to the elevated threat, he said.

People are advised to avoid using machinery around grass or bushland.

"The forecast from the bureau indicates there is no lightning expected," Mr Nettleton said.

"Any fires that occur in the open are the result of human activity or failure of machinery."

Victoria will also experience high temperatures today, with the mercury set to soar past 40 degrees Celsius.

Yesterday, the heat melted a 10-kilometre stretch of the Hume Freeway in central Victoria.

The Country Fire Authority (CFA) has issued a state-wide fire ban, with hot and dry conditions coupled with wind gusts of up to 80 kilometres per hour predicted in Victoria's north-west.

Emergency authorities are watching for potential bushfires and calling for residents to be prepared and to avoid heat stress.

The CFA's Mildura operations officer, Rob McNally, has urged residents whose homes were threatened by fires to leave early.

"When a fire starts it'll run hard, it'll impact on a lot of people, covers great distances in a short space of time, impacts on road networks, electricity, mobile phones," he said.

"If you're planning to leave, please leave early."

A gusty southerly change is expected to sweep across the state late afternoon or early evening, with the temperature expected to plummet by up to 20C.

"It'll be quite a marked drop," the weather bureau's Michael Logan said.

"We'll go from around about that time temperatures will probably still be up around the 40 degree mark, and within an hour or two they'll probably be back around the low 20s, so it will be a really pronounced change with the temperatures as it comes through."

The Tasmania Fire Service (TFS) has 230 brigades and extra firefighting aircraft on standby as mid-30s temperatures and winds of up to 50 kilometres per hour are forecast.

A total fire ban has been declared for the northern and southern regions as well as for King Island.

But as the severe fire threat looms, the TFS conceded its fuel-reduction program was behind schedule.

"Certainly, the weather did hamper it - we have over 100 burns on the books ready to go," he said.

Mr Smith said those burns would resume in autumn when conditions proved favourable.

In parts of Sydney's west, temperatures are expected to reach the low 40s.

The state has warned Sydneysiders about poor air quality, brought about by hot and still weather conditions.

Director of Environmental Health Ben Scalley said people should stay indoors during the middle hours of the day, avoid strenuous exercise and drink plenty of water.

Canberra is expected to reach 36C today and 39C tomorrow.

BOM forecaster Rob Taggart said while the highs were not as extreme as those predicted in some parts of NSW, the heat would still be "oppressive".

"While it's not record-breaking it's certainly very warm," he said.

No fire bans have been implemented in NSW or the ACT at this stage.