Survivors of a Kiribati ferry disaster have told how people on board escaped to two dinghies and a life raft after the boat broke apart and sank. 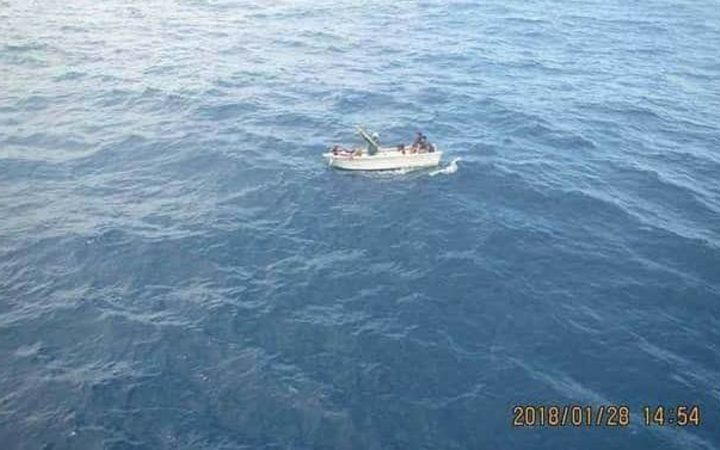 As many as 100 people were feared to have been on board the MV Butiraoi, which was missing for more than a week before the Kiribati government alerted New Zealand rescue authorities.

The 17.5m wooden catamaran left Nonouti Island for South Tarawa on 18 January - a journey that should have taken two days.

Mr Craven said that some of the seven survivors who were rescued yesterday told him how they managed to escape.

They told Mr Craven they departed the island and were some distance off the island but still relatively close to it when the catamaran, which had two dinghies and a life raft, broke apart.

They said they had time to jump into the emergency vessels, but saw one the dinghies capsize.

Mr Craven said he was uncertain as to whether it sunk but that it was highly likely it did.

The survivors, including a 14-year-old, were rescued by a fishing boat and will be picked up by a Kiribati marine patrol boat with medical staff onboard today.

Mr Craven said finding more survivors "is a bit of a needle in a haystack" as the search area was getting larger.

He also had concerns the heat could be affecting them and that they might be running out of water, food and supplies. However, he said there was still definitely a possibility that the people in the life raft were alive.

"We are hoping they are in a better survival situation."

Mr Craven said the aircraft searching for the life raft were all specialised, and the "state of the art" radar systems they have would be able to locate the raft, though it would be harder to locate people in the water by themselves.

The RNZAF Orion, which had already searched 385,000km, was being joined by aircraft from Australia and the United States after a request for help from the Rescue Coordination Centre in New Zealand (RCCNZ).

A US Coast Guard C-130 Hercules was due to arrive today.

"We're constantly updating our search planning as the area where the people could have drifted keeps increasing.

"The search area is in remote ocean 500 miles (about 805km) of west of Kiribati, which is a major factor in this operation."

"We have full confidence in the aircraft and the radar equipment they have onboard. The searchers are guided by RCCNZ's drift modelling that takes into account wind and currents and targets their efforts to find any survivors."

Local NGO worker Tana Aata said people were worried about how long it took for authorities to be notified that the vessel was missing.

The Kiribati Government said yesterday that it was first informed on Friday that the ferry was overdue.

It also said the 17-metre wooden catamaran had been deemed unseaworthy after an earlier crash, and it had no form of emergency locator beacon.

Ms Aata said she had thought people were aware of the safety rules for passenger ferries.

But now she was not so sure.

"Hearing this incident, now we've found out that they had no radio equipment and all the necessary stuff that they needed for a vessel carrying passengers."

The ferry had just one liferaft and two dinghies on board.

It remains unclear how many people were on the ferry, with estimates ranging from 35 to 100.

And it was not clear yet who owns the ferry.

The Kiribati Government has not made any further comment today about the sinking and it has not responded to RNZ Pacific's calls.

Meanwhile, Paul Craven from New Zealand's Rescue Coordination Centre said a Kiribati marine patrol boat was on its way to pick up the seven survivors who were rescued by a fishing boat.

He said it expected to arrive tomorrow morning, with two doctors and four nurses onboard.

Mr Craven said there were four aircraft from New Zealand, Australia and the United States searching for more survivors.

Two commercial vessels from Kiribati were also combing the area near where the dinghy was found.

But Mr Craven said it was not an easy task, with the search area growing every hour, taking into account drift modelling.

The duration of the search is up to the Kiribati and Fiji authorities.

The Kiribati Government has promised a full investigation into the ferry sinking.