The entire USA Gymnastics (USAG) board has said it will comply with a US Olympic Committee's (USOC) ultimatum to resign over an abuse scandal. 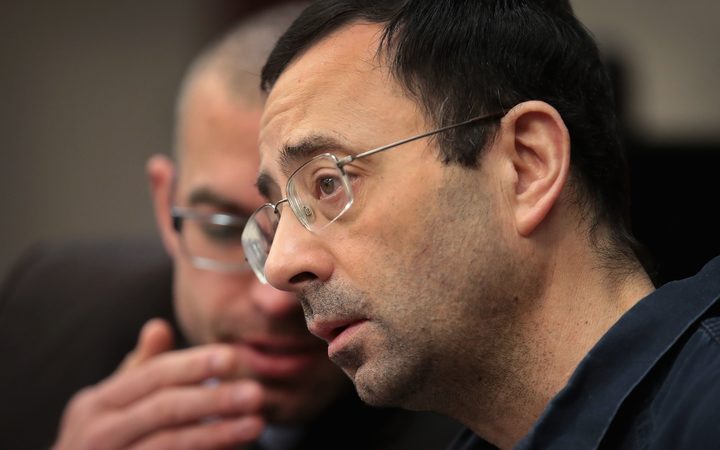 Larry Nassar in court to listen to victim impact statements during his sentencing hearing. Photo: AFP

The USOG earlier said the 18-member board must step down by 31 January or lose status as a sports governing body.

The USOC outlined steps the board must take after ex-USAG doctor Larry Nassar was sentenced to 40 to 175 years for sexually abusing young athletes.

Five directors of the USAG board have already resigned amid the fallout.

Michigan State athletic director Mark Hollis stepped down on Friday following reports that the school knew of the abuse claims but failed to take action.

He said he was "brought to tears" as he listened to Nassar's victims during his sentencing on Tuesday.

"My heart breaks thinking about the incomprehensible pain all of them and their families have experienced," he said in a statement. 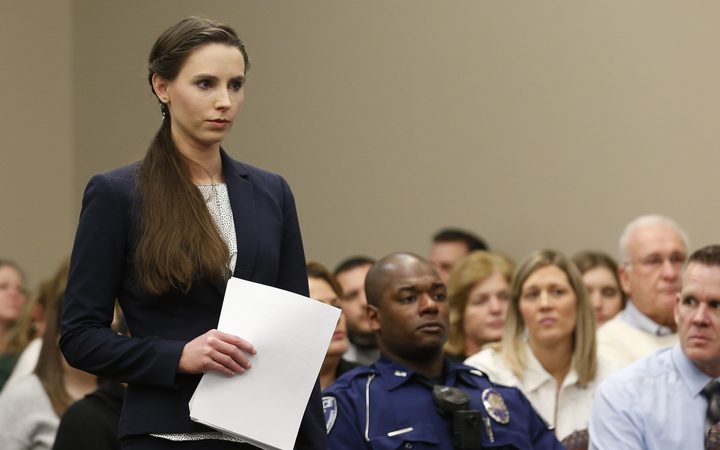 Rachael Denhollander was the first to come forward publicly with allegations against Nassar. Photo: AFP

USAG has admitted dragging its feet on alerting the authorities when it learned of abuse allegations against Nassar in 2015.

Multiple molestation complaints from young athletes against the physician between 1997 and 2014 were ignored by MSU.

USOC CEO Scott Blackmun wrote in a letter on Thursday that USAG board directors had six days to resign and until 28 February to replace them with an interim panel.

"While the USOC encourages USAG to think and act broadly on reforming its culture, we also believe that reform must start with an entirely new board," Mr Blackmun wrote.

He outlined six steps the sports body must take, including:

In a statement on Thursday night, USAG said it "completely embraces the requirements outlined" in the letter and "appreciates the opportunity to work with the USOC to accomplish change".

Michael Burns, the head men's gymnastics coach at the University of Minnesota, became at least the fifth member to resign from USAG's board on Friday.

According to my knowledge, Larry Nassar did not have a medical license in Texas where we trained for the Olympics. Where is the accountability? How could you allow this? @USAGym @TeamUSA https://t.co/yFWD0zSxCc

He confirmed in an email he submitted his resignation letter on Wednesday.

Both USAG and MSU deny there was a cover-up, but some victims have criticised both organisations for not doing enough to prevent the abuse.

Mr Hollis' resignation from the university comes a day after the Michigan State University President Lou Anna Simon quit amid increasing calls for her resignation over the case.

But it was revealed on Friday that Ms Simon can opt to return to a faculty position and take a 12-month leave of absence to conduct research, during which time she would receive her $750,000 ($NZ1,021,192) salary, according to her contract, which was provided to CNN by Michigan State spokesman Jason Cody.

Also on Friday, the US House Energy and Commerce Committee announced it would launch an investigation into sexual abuse in organised sports following Nassar's case.