Four-time Olympic gold medalist Simone Biles says she was sexually abused by former USA Gymnastics team physician Larry Nassar, the latest in a list of female athletes to accuse the doctor of misconduct. 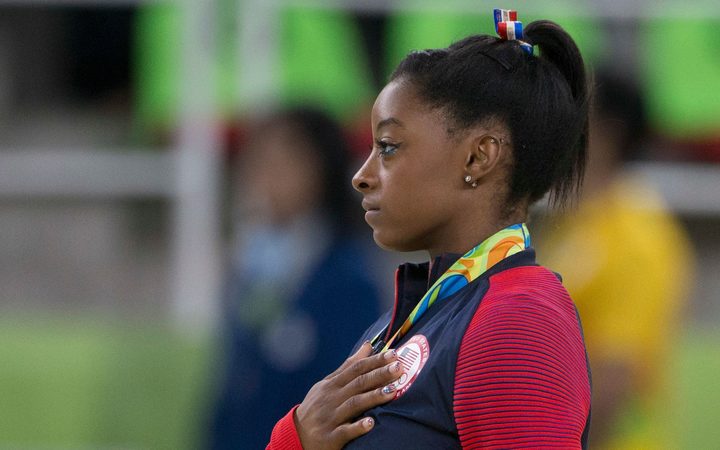 The 20-year-old American, who was a key member of the U.S. team that won gold at the 2016 Rio Olympics, joins a number of top-level gymnasts who have accused Nassar of abuse, including Gabby Douglas, Aly Raisman and McKayla Maroney.

"I too am one of the many survivors that was sexually abused by Larry Nassar," Biles, 20, wrote in a letter posted on her Twitter account on Tuesday (NZ time).

"Please believe me when I say it was a lot harder to first speak those words out loud than it is now to put them on paper. There are many reasons that I have been reluctant to share my story, but I know now it is not my fault."

Nassar's attorney, Matt Newburg, said he had no comment on the latest allegations.

Nassar was sentenced last month to 60 years in prison on federal child pornography charges and is set to be sentenced this week in Michigan after pleading guilty to additional counts of criminal sexual conduct related to allegations he assaulted girls under the guise of medical treatment.

"It is not normal to receive any type of treatment from a trusted team physician and refer to it horrifyingly as the 'special' treatment," Biles wrote.

"This behaviour is completely unacceptable, disgusting, and abusive, especially coming from someone whom I was TOLD to trust."

Biles, who won a record three successive world all around titles before winning four gold medals at the 2016 Rio Olympics, said the alleged incidents left her broken and the more she tried to "shut off the voice in my head the louder it screams."

She has been an elite gymnast since 2011 and after taking a break to enjoy life away from the gym, she is now training and planning to make her return at the U.S. Classic in late July with the goal of competing in the 2020 Tokyo Olympics.

"It is impossibly difficult to relive these experiences and it breaks my heart even more to think that as I work towards my dream of competing in Tokyo 2020, I will have to continually return to the same training facility where I was abused," wrote Douglas.