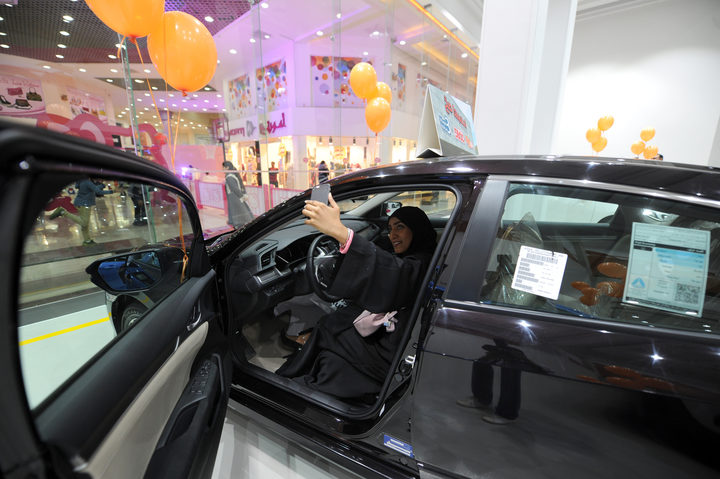 Pink, orange and yellow balloons hung in the mall's showroom as women posed for photos and selfies in front of the cars.

One woman in the driver's seat fixed her face cover. Another wrapped her turquoise-painted fingernails around the steering wheel, feeling it out.

In a decree issued in September, King Salman ordered an end by June of the ban on women drivers, a conservative tradition that has limited women's mobility and been seen by rights activists as an emblem of their suppression.

Saudi Arabia is the only country that bans women from driving. The landmark royal decree has been hailed as proof of a new progressive trend in the deeply conservative Muslim kingdom.

Crown Prince Mohammed bin Salman, 32, is the face of that change.

Many young Saudis regard his recent ascent to power as proof their generation is taking a central place in running a country whose patriarchal traditions have for decades made power the province of the old and blocked women's progress.

"I've always been interested in cars, but we didn't have the ability to drive," said Ghada al-Ali, a customer. "And now I'm very interested in buying a car but I would like the payments and prices to not be very high."

The exhibition focused on fuel-efficient cars and provided a team of saleswomen to help their new customer base. 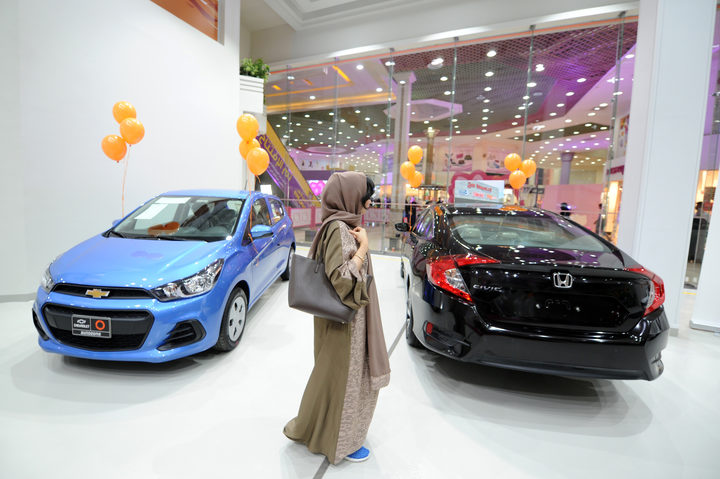 The showroom carried signs emblazoned with the slogan "Drive and Shop", a play on words in Arabic, using the female form of the verbs.

"It is known that women are the largest section who shop in malls," said Sharifa Mohammad, the heads the exhibition's saleswomen.

"This whole mall is run by women anyway. All the cashiers are women. Everyone in the restaurants are women."