North America's East Coast is shivering in a record-breaking freeze in the wake of a deadly "bomb cyclone" that dumped snow as far south as Florida. 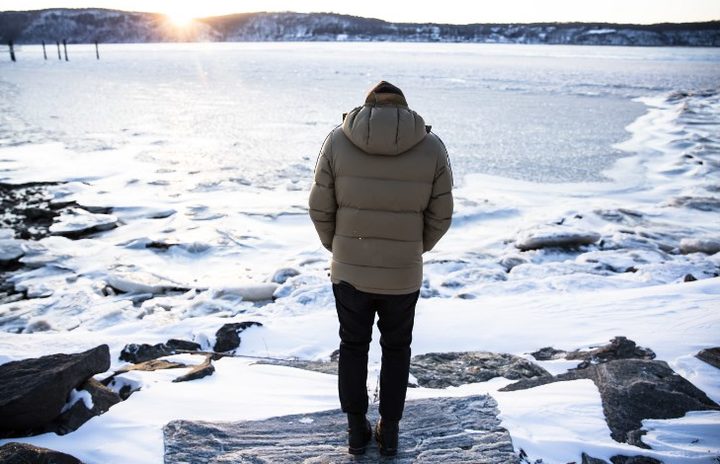 In parts of the US and Canada, temperatures were forecast to fall below -29 degrees Celsius, with wind chill making it feel more like -67° on Friday night.

In Canada, high winds have knocked out power for tens of thousands of residents in Nova Scotia.

Thousands of snow ploughs are clearing roads across the US East Coast.

Wondering about the shape of the #blizzard? The powerful midlatitude #BombCyclone has several meso-vortices spinning within its center, #GOESEast ABI captured these images of the storm every minute today. #snowday See more #cool GOES imagery here: https://t.co/mbgRYot60A pic.twitter.com/Zzab51uurp

The extreme weather has so far been linked to up to 19 deaths in the US and two more in Canada, according to reports.

Four deaths were reported in traffic accidents in North and South Carolina. Further fatalities occurred in Wisconsin, Kentucky and Texas.

Travellers at New York's JFK airport reported chaos at terminals on Friday and Saturday, and hours-long waits in aircraft stranded waiting for a gate.

One passenger tweeted to say people were calling the police and threatening to break the doors open after hours waiting aboard a flight from Montreal.

Amid the chaos at JFK, two passenger jets collided early on Saturday, according to officials from the Port Authority, which manages the airport.

The right wing of a China Southern plane struck the tail of a Kuwait airliner. Both aircraft were damaged but no injuries were reported.

In a separate incident, two planes collided at Toronto's Pearson airport late on Friday night, sparking a fire on one aircraft and requiring passengers to evacuate via emergency slides in the cold. 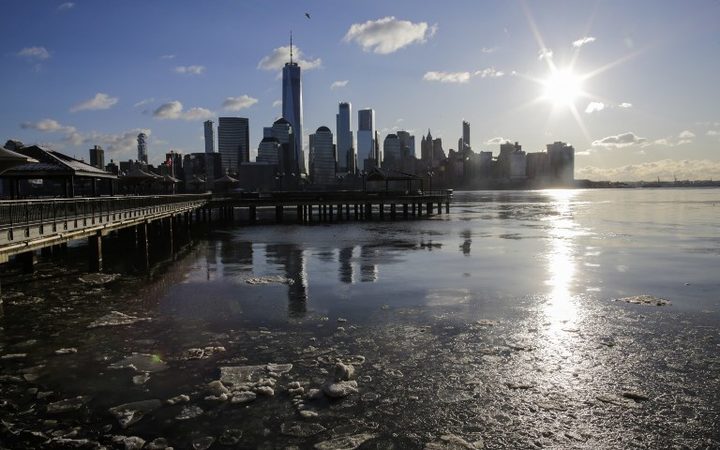 The record-breaking cold comes just days after a phenomenon described as a "bomb cyclone" brought heavy snowfall to a wide area along the US East Coast, as well as hurricane-force winds.

The National Weather Service (NWS) said on Saturday it expected dangerously low temperatures through until Monday, as an arctic surge brought freezing air down from the North North Pole.

In Massachusetts, residents of Boston, which received over 30cm of snowfall, were clearing the streets with shovels. Boston harbour's tide gauge matched its record previously set during the great blizzard of 1978.

Mayor Marty Walsh blamed climate change. "If anyone wants to question global warming, just see where the flood zones are," he said.

The weather pattern has already brought snow to the US South as far down as Florida, where the cold snap has caused iguanas to lose their grip and fall from trees.