A deadly cold snap that has left the US shivering in record-breaking temperatures for the New Year is expected to worsen in the coming days. 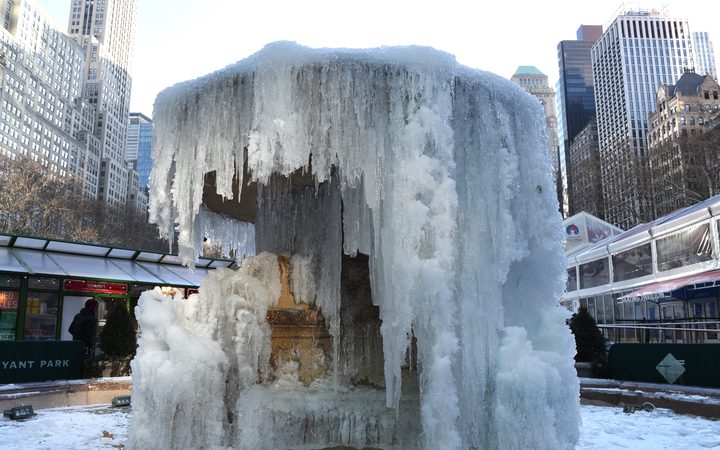 Several deaths have been blamed on the deep freeze, which is forecast to heap more snow on the East Coast this week, the National Weather Service said.

Forty US states were under official winter alerts for bitter cold or snow on Tuesday morning.

The cold was expected to ease temporarily on Wednesday before the frigid temperatures return on Thursday.

The US National Weather Service tweeted: "Arctic air mass will bring a prolonged period of much-below-normal temperatures and dangerously cold wind chills to the central and eastern US over the next week."

Schools in the eastern and central US have announced closures.

The central US has borne the brunt of the frigid temperatures since the snap began around Christmas.

We had to try the boiling water trick tonight at the office! Now it’s your turn! Try it for yourself and share your videos with us! Just don’t forget to be safe and bundle up! It’s still frigid out there! #newx #iawx pic.twitter.com/sqzj8hhtI5

Omaha, Nebraska, broke a record dating back more than 130 years as teeth chattered in temperatures of -20F (-29C).

Authorities are warning that high winds can drive down temperatures even further, leaving uncovered skin frostbitten in minutes.

This 6 AM PST temperature map shows bitter cold across much of the Lower 48. The only mild conditions exist across #SoCal and South #Florida. #cawx pic.twitter.com/3g7HreJ4H3

The normally balmy southern US has not been insulated from the Arctic blast either.

Atlanta, Georgia, recorded a temperature of 13F (-10C) on Tuesday. 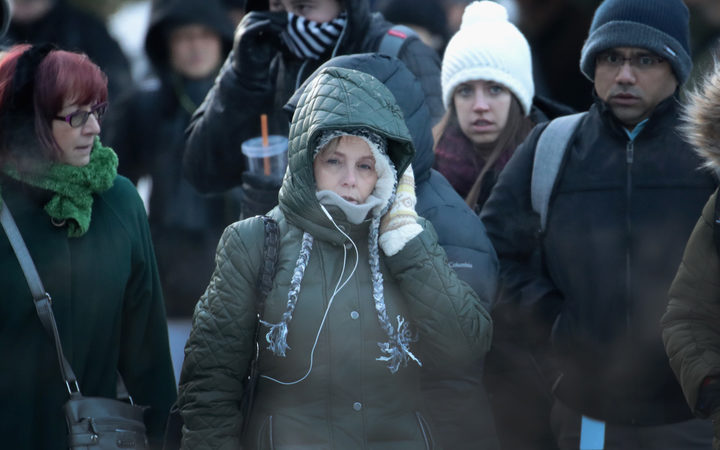 Commuters brave sub-zero temperatures as they make their way to work in the Loop on January 2, 2018 in Chicago, Illinois. Photo: Olson/Getty Images/AFP

The shores along Mobile Bay, Alabama - in the Gulf of Mexico - saw ocean waters freezing against boat piers.

The wind chill temperature in Tennessee was -6F (-21C).

Only southern Florida and the US South-West have escaped the brutal cold.

Several deaths have been attributed to the cold weather: