A book containing damaging allegations about the Trump administration is to be released early after lawyers tried to block publication, its author says. 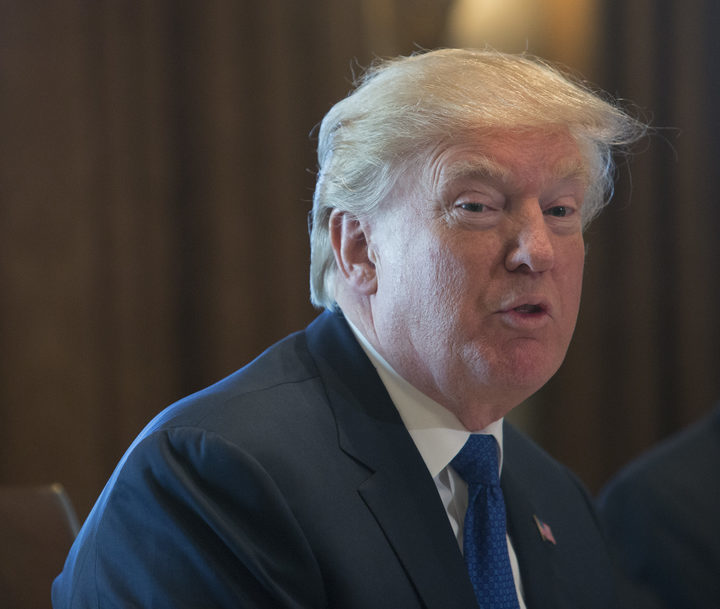 Fire and Fury: Inside the Trump White House was due out on Tuesday but Mr Wolff says it will now be available for purchase on Friday.

It cites former top aide Steve Bannon as describing a meeting with a group of Russians as "treasonous".

It also questions Mr Trump's fitness for office, reports his wife was crying on election night and says Ivanka Trump has presidential ambitions.

The White House has disputed the book's accuracy. Mr Trump earlier said Mr Bannon - who was sacked in August - had "lost his mind" after losing his White House position.

Among a number of explosive statements, Mr Bannon reportedly said, referring to a Trump Tower meeting between top campaign officials and Russia: "They're going to crack Don Junior like an egg on national TV."

The meeting, which involved Mr Trump's eldest child Donald Trump Jr, is being investigated by Special Counsel Robert Mueller as part of his inquiry into possible collusion between Trump campaign officials and Russia to win the election.

On his Breitbart radio show on Wednesday, Mr Bannon responded to the president's criticism by saying he was a "great man" and that he supported him "day in and day out".

After the president met Republican senators in the Oval Office to discuss immigration on Thursday, a reporter asked Mr Trump if his former strategist had betrayed him. He responded: "I don't know, he called me a great man last night so he obviously changed his tune pretty quick."

What did the lawyers say?

The legal notice, which has been published by the Washington Post, demands that author Michael Wolff and the book's publisher "immediately cease and desist from any further publication, release or dissemination of the book".

The lawyers base their notice on excerpts of the book published in publications including New York Magazine and ask for a full copy of the book to be sent to them.

The letter says the book "appears to cite to [sic] no sources for many of its most damaging statements about Mr Trump" and that many claims are made without citing sources.

Neither Wolff nor the publisher, Henry Holt and Co Inc, have yet responded.

The attorney who wrote the letter, Charles J Harder, has been called Hollywood's favourite lawyer. He represents Jared Kushner, and represented wrestler Hulk Hogan in his case against now defunct news website Gawker.

He sent a cease-and-desist letter to Mr Bannon on Wednesday, saying he had violated a non-disclosure agreement.

What's in the book?

Wolff's forthcoming book makes many claims, including that:

The book is reportedly based on more than 200 interviews but some of the book's excerpts have already been criticised and questioned.

Still, even if only half of what the book contains is true, it paints a damning portrait of a paranoid president and a chaotic White House, BBC North America editor Jon Sopel says.

How has the Trump administration defended itself?

"Steve Bannon has nothing to do with me or my presidency," Mr Trump said in a statement on Wednesday.

Press secretary Sarah Sanders dismissed the book as a "trashy tabloid fiction" that she said was "filled with false and misleading accounts from individuals who have no access or influence with the White House".

A spokesperson for Melania Trump said the First Lady had encouraged her husband's presidential bid. "She was confident he would win and was very happy when he did," she said on Wednesday.

On Thursday, the White House said it was banning personal devices, including mobile phones, from the West Wing, citing security concerns.

In researching the book, Wolff said he had been able to take up "something like a semi-permanent seat on a couch in the West Wing" following the president's inauguration.