A ban on ivory sales in China - the world's largest importer and end user of elephant tusks - takes effect on Sunday, with wildlife activists calling it a vital step to reducing the endangered animals' slaughter. 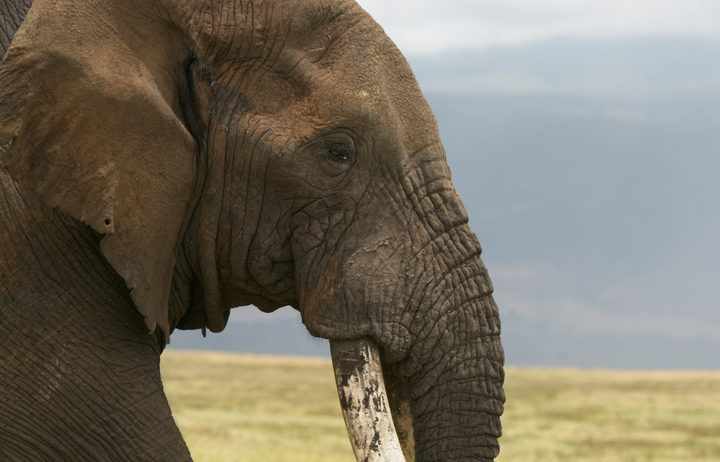 An elephant in Tanzania. The ivory from their trunks can fetch $US4000 a kilo in the illegal market. But their numbers are dwindling. Photo: Supplied

China has made a big push to eradicate ivory sales, and demand has fallen since early 2014 because of a crackdown on corruption and slower economic growth.

Retailers in some places had been trying to sell off stocks and offering heavy discounts before the ban, the group said.

China has allowed the sale of pre-convention ivory, which refers to products such as carvings and crafts acquired before the 1975 Convention on International Trade in Endangered Species of Wild Fauna and Flora (CITES), as long as it is accompanied by certificates.

The trade in pre-convention ivory has been legally thriving in China and Hong Kong since 1975, and environmental activists have long asserted that it has spurred demand for all ivory.

Under the ban, China's 172 ivory-carving factories and retail outlets will also close. Some factories and shops started closing in March.

Illegal ivory supplies have also been rife in unlicensed shops and online across China.

The Chinese ban has been hailed by activists but they warn that Hong Kong, a special administrative region of China, remains a big obstacle to the eradication of elephant poaching.

The ban would not apply in the former British colony, which has the largest retail market for ivory and has traded it for more than 150 years.

Hong Kong set a timetable for a ban on ivory trading last year, with a phase-out time of five years. A final vote on the ban is expected in the city's legislature in early 2018.

The city is a prime transit and consumption hub for ivory, with more than 90 percent of consumers from mainland China.

WildAid said in a paper to the city's legislature in May that since 2003, Hong Kong had intercepted about 40 tonnes of illegal ivory, only about 10 percent of what is believed to have been smuggled in.

Conservationist Zhou Fei said the Chinese ban could be a catalyst for the closure of ivory markets across Asia.

However, Kenya-based conservation group Save the Elephants said this year that Laos had expanded its retail market more rapidly than any other country.