If you were to guess what the Australian Prime Minister does on Christmas Day you wouldn't expect him to be getting down on the dance floor at a street party. 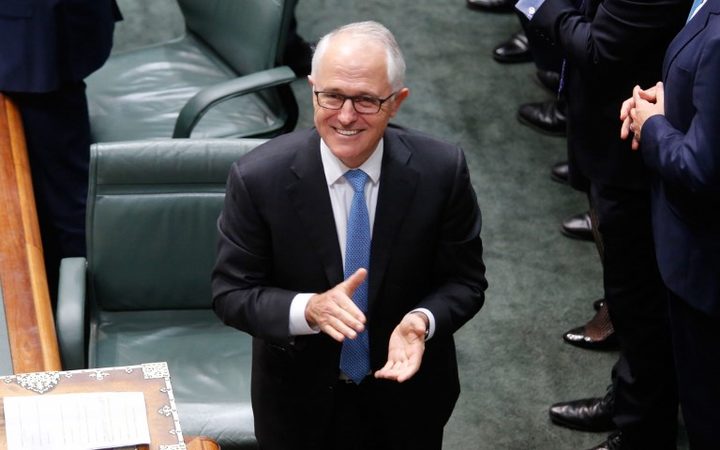 Malcolm Turnbull joined about 1000 of Sydney's needy and lonely at the Wayside Chapel's annual Christmas lunch and street party. He served food, danced, and was bombarded by people wanting selfies.

"I'm an enormous admirer and have been a supporter of the Wayside for many years," Mr Turnbull said.

The Wayside Chapel in Sydney's Kings Cross has held the event for the homeless for more than 40 years.

The food is prepared over two days by an army of volunteers - the Prime Minister's job was to put together the prawn cocktails and hand out bread rolls.

"I want to thank particularly all of the wonderful volunteers here at the Wayside, it's a wonderful exercise in unconditional love," Mr Turnbull said.

The Chapel's Pastor Graham Long is also stepping down after 14 years at the church.

"I think this event will get bigger and that's because more and more people are becoming homeless," Pastor Long said.

One homeless man said it was important to be around other people on Christmas Day.

"This is my first time here, my mum worked here and I worked here as a volunteer and I thought I'm homeless at the moment so I wanted to come here," he said.

"It's good because a lot of people mix and talk to each other and everyone's happy whereas sometimes everyone can be angry."