A North Korean soldier has walked across the Demilitarized Zone (DMZ) to defect, the South's military has said. 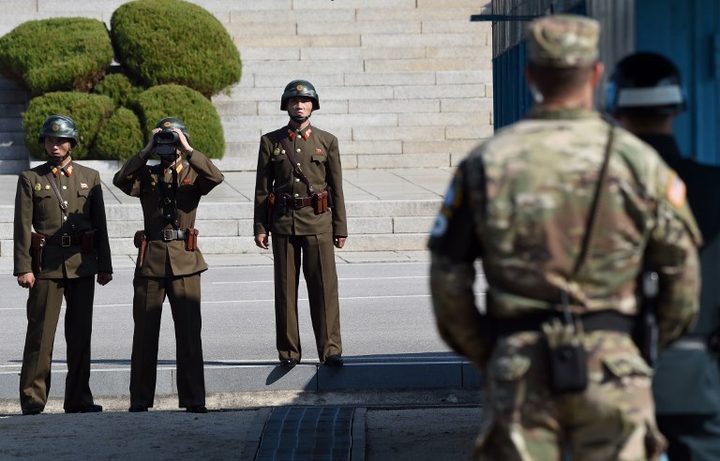 North Korean soldiers looking at the South side in a file photograph of the DMZ. Photo: AFP / JUNG YEON-JE

The "low-ranking" soldier emerged from thick fog and appeared at a checkpoint on Wednesday, reported South Korean media.

No shots were fired during the incident and Seoul is now investigating the soldier's intentions, said South Korea's Joint Chiefs of Staff.

It comes weeks after one of the most dramatic defections in recent times.

On 13 November another soldier was shot five times by North Korean guards who gave chase as he fled across to the southern side of the Joint Security Area (JSA) in the village of Panmunjom.

About 1000 people from the North are believed to flee to the South each year - but very few defect via the Demilitarised Zone (DMZ). Four North Korean soldiers have defected to the South this year.

One of the world's most heavily guarded strips of land, the DMZ is a thin strip of land dividing the two Koreas and is fortified on both sides with barbed wire.