"Rousing." "Thrilling." "Addictively bold." Just a few of the superlatives the critics are using to describe the latest film in the Star Wars saga. 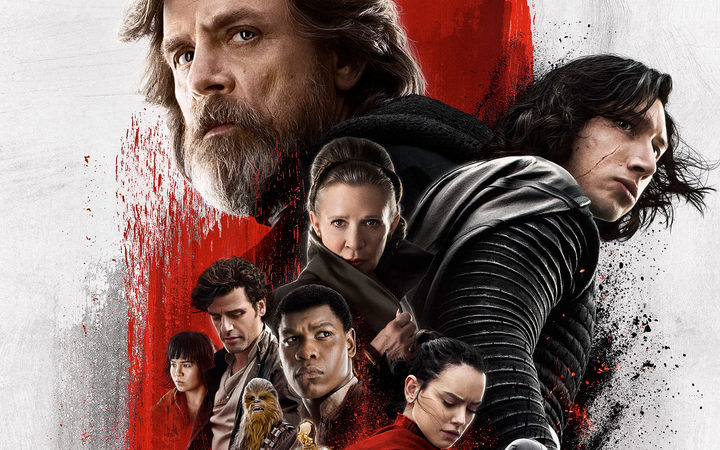 The Last Jedi, writes the Telegraph's reviewer, is "enormous fun" and "will leave fans beaming with surprise".

The LA Times agrees, calling it "the first flat-out terrific Star Wars movie since 1980's The Empire Strikes Back".

Variety, though, swims against the tide, calling it "the longest and least essential chapter in the series".

Rian Johnson's film, says Peter Debruge, is "ultimately a disappointment" that "gives in to the same winking self-parody that is poisoning other franchises of late."

Released in the UK on Thursday, The Last Jedi sees Mark Hamill and the late Carrie Fisher reprise their roles as Luke Skywalker and Princess Leia.

Driver's Kylo Ren is singled out for praise by USA Today, who describe the character as "blockbuster cinema's most magnetic and unpredictable antagonist since Heath Ledger's Dark Knight Joker."

The Guardian's Peter Bradshaw calls her "terrifically good", while Digital Spy predicts she will "tear up Tumblr like nobody's business".

Picking up where 2015's The Force Awakens left off, The Last Jedi sees Rey (Ridley) try to persuade Luke, now a reclusive hermit, to rejoin the Resistance.

Writing for the Radio Times, Alan Jones says "it's great to see [him] back in the Skywalker saddle, albeit now riddled with self-doubt and a broken spirit."

In space, meanwhile, what's left of the Rebellion prepare for a last stand against the all-powerful First Order and their supreme leader Snoke.

Some critics, however, feel the film would have benefited from some trimming. "The Last Jedi is a long work of art that doesn't know when to quit," writes Forbes' Scott Mendelsohn.

Critics have been asked to avoid plot spoilers in their coverage of the film, which is expected to be an immediate box office smash.

Reviews were subject to a worldwide embargo that lifted on Wednesday morning.