Scientists have discovered a new duck-like dinosaur, which looks so strange that fossils were originally thought to be a fake. 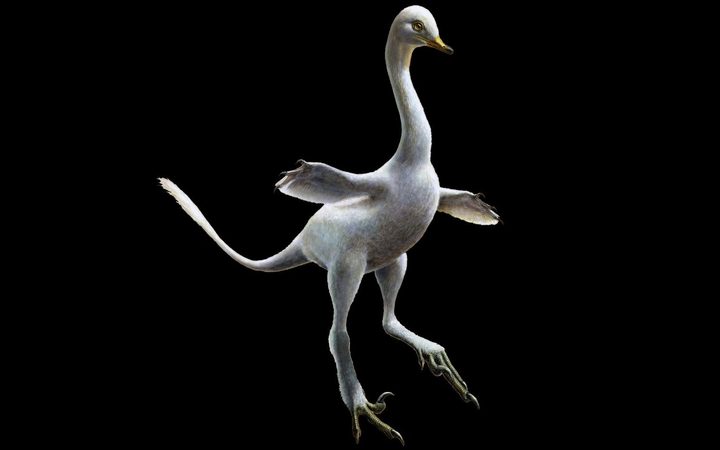 The dinosaur - known as Halszkaraptor escuilliei - lived in modern-day Mongolia during the Cretaceous period, about 75 million years ago.

Italian researchers believe it would have spent at least some of its time in water.

Based on its features, they think the dinosaur would use its flipper-like forearms to swim like a penguin, while its long neck would be used for foraging like a duck and ambush hunting.

The dinosaur was part of the Maniraptora group, which included birds and their closest relatives.

During the Cretaceous period, several species in the Maniraptoran group evolved different characteristics, based on their environment.

To examine the fossil, researchers used a high-resolution scanning, as the dinosaur was still partially embedded in rock.