Australia is at growing risk of a home price crash because of the high number of mum and dad property investors, inflated prices, record household debt and an economy that appears to be losing momentum, a new report says. 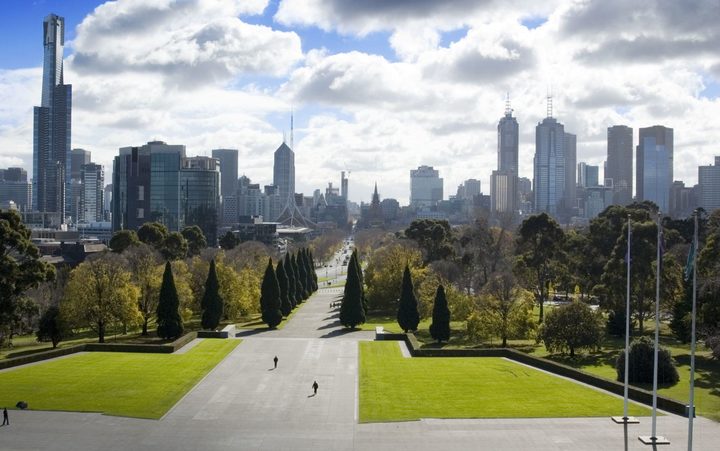 Hedge fund Watermark Funds Management warned conditions in the Australian housing market were similar to countries which experienced property busts after the global financial crisis, including the United States, the United Kingdom, Spain and the Netherlands.

Watermark predicts home prices are likely to peak in the first half of next year, with prices in Sydney, Perth and Darwin having already fallen amid a crackdown on investor loans by the banking regulator, the Australian Prudential Regulation Authority.

The price falls indicated that investors were driving the housing market.

The investment firm said the most worrying part of the Australian housing market was the "extreme" level of mum and dad investors in residential property, who depend on property prices rising to make a profit.

The proportion of new mortgages taken out by non-professional property investors stands at 35 per cent in Australia - about three times higher than the US, UK and Canada.

The proportion of amateur landlord mortgages in the Sydney market was 42 per cent, which was down from half of all new mortgages in 2015-16.

Aside from the clampdown on investor-lending by the banking regulator, the report said if a Labor government came to power nationally, it may curb tax breaks for property investors, like negative gearing.

"This is a concern to the extent that recent macro-prudential measures and possible future tax changes are being specifically designed to reduce investor activity in the Australian housing market," the report said.

The fear is that price falls could be exacerbated if more amateur investors sell their properties or demand for investor loans continues to decline. Watermark said a similar situation occurred in the US before the global financial crisis when the high number of property investors in some cities created a more volatile market.

"The US experience in the '00s suggests that housing markets with high participation of leveraged speculators tend to exhibit increased volatility in both booms and busts," the report said.

These 'investor' cities had greater than 50 per cent appreciation in the housing boom and a 50 per cent larger correction when the market declined, compared to the US national average.

Author of the report, head of financials investment at Watermark, Hamish Chalmers, said there was the possibility of a sharp drop in home prices in Australia if mum and dad investors ran for the exits.

"Our research highlighted that the Australian economy is exhibiting many similar symptoms that those other economies did before they had their housing-led busts, so things are definitely slowing," he said.

"What happens next is dependent, and how bad things will be depends on the reaction from the Government and regulators.

"It depends on the reaction of the banks themselves and I think crucially, and where Australia is different, is that there is a huge army of amateur investors."