Former national security adviser Michael Flynn has pleaded guilty to lying to the FBI about his contacts with Russia's US ambassador. 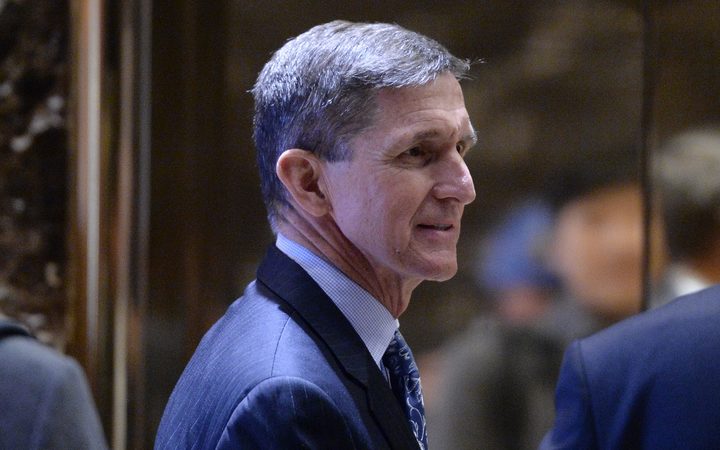 Prosecutors said Mr Flynn had spoken with a top member of Trump's transition team regarding his communications with the Russian ambassador.

Mr Flynn is the most senior member of the Trump administration so far to have been indicted by the investigation into alleged Russian meddling in the 2016 election.

Mr Flynn also filed materially false statements and omissions in foreign agent filing in March over his company's work with the Turkish government, according to prosecutors.

The retired army general, who was fired from his White House post in February for misleading vice president Mike Pence about his conversations with the Russian ambassador, is a central figure in the investigation led by Special Counsel Robert Mueller.

The charge of false statement to the FBI carries a sentence of up to five years.

A plea deal suggests Mr Flynn has provided information that could help the investigation. Last month, lawyers for Mr Flynn told the president's legal team they could no longer discuss the federal Russia probe, indicating Mr Flynn may be co-operating with the investigation.

The ex-national security adviser was also a senior adviser to Mr Trump during the election campaign and in the transition period after the election and before the president took office.

The White House said in a statement the guilty plea to a charge of lying to the FBI implicated Mr Flynn alone.

Mr Flynn is the fourth person known to be charged in Special Counsel Robert Mueller's investigation.

In October, Mr Trump's former presidential campaign manager, Paul Manafort, was accused of conspiring to defraud the US in his dealings with Ukraine. His business associate, Robert Gates, was also charged. It also emerged that another ex-aide, George Papadopoulos, had pleaded guilty to making false statements to FBI agents.

Since Mr Flynn lost his role as national security adviser after only 23 days in the post, he has become embroiled in further allegations. US media reported last month that he and his son had been offered $15m by Turkey to help forcibly remove a Muslim cleric from the US and deliver him to Turkey. His lawyer condemned the reports as "outrageous".

A retired three-star lieutenant-general in the US Army, he lost his job in the Defence Intelligence Agency (DIA) in 2014 under President Barack Obama. He later aligned himself with the Trump campaign.

The UN resolution that Mr Flynn sought to get a Russian veto over was proposed by New Zealand.

The resolution opposed the construction of Israeli settlements in the West Bank.

Such resolutions usually get vetoed by the United States but this one was allowed to get through by the Obama administration.

It later emerged the original mover of the motion was Egypt - but Cairo backed down after being pressured by the President-elect Donald Trump.

New Zealand then picked up the baton.

It led to a diplomatic rift between New Zealand and Israel.

It is not known what, if anything, Mr Trump said to New Zealand.

The Russians did not comply and the motion critical of Israeli settlements was moved and passed.