Eight sacked Catalan ministers have been remanded in custody by a Spanish high court judge over the region's push for independence. 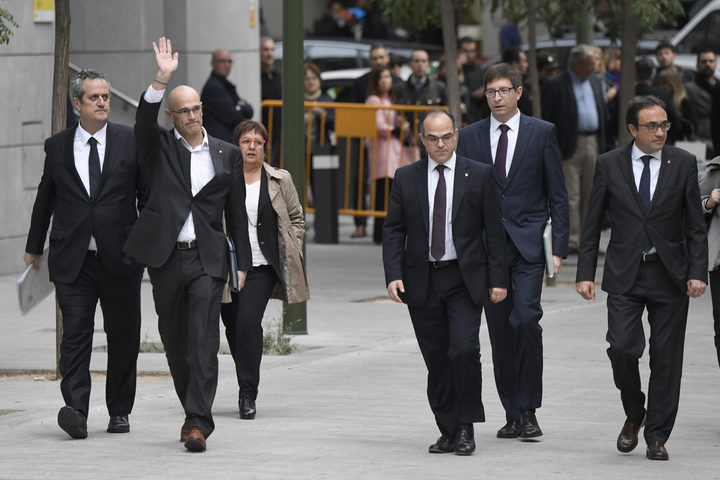 Prosecutors had asked the judge to detain eight of the nine former government members who turned up for questioning in Madrid, accused of rebellion, sedition and misuse of public funds.

The deposed leader was photographed in a cafe in Brussels on Thursday while other Catalan government members appeared in court.

He had travelled to Belgium with four members of his sacked cabinet and has ignored an order to appear before the High Court to answer charges of rebellion, sedition and misuse of public funds relating to the region's secessionist push. 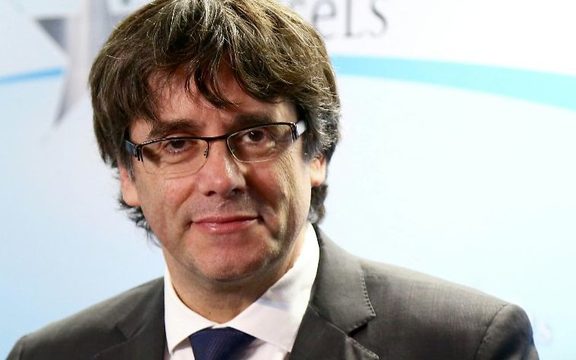 Carles Puigdemont's lawyer said his client would stay away from Spain while the political climate was "not good". Photo: AFP

Mr Puigdemont's lawyer in Belgium said his client would stay away from Spain while the political climate was "not good"; but he would cooperate with the courts.

Five other senior members of the Catalan parliament, as well as Speaker Carme Forcadell, are facing the same charges but, because of their parliamentary immunity, their cases are being handled by the Supreme Court which has yet to hold a hearing.

Mr Puigdemont's handling of the crisis has drawn criticism among some other Catalan politicians, with left-wing parliamentary deputy Joan Josep Nuet criticising him for creating "yet more bewilderment".

Spain's central bank warned on Thursday of the "significant risks and economic costs" resulting from the crisis, and that Catalonia's economy could fall into recession.

Early numbers suggest that the vital tourism sector of the region has already been affected by the uncertainty.