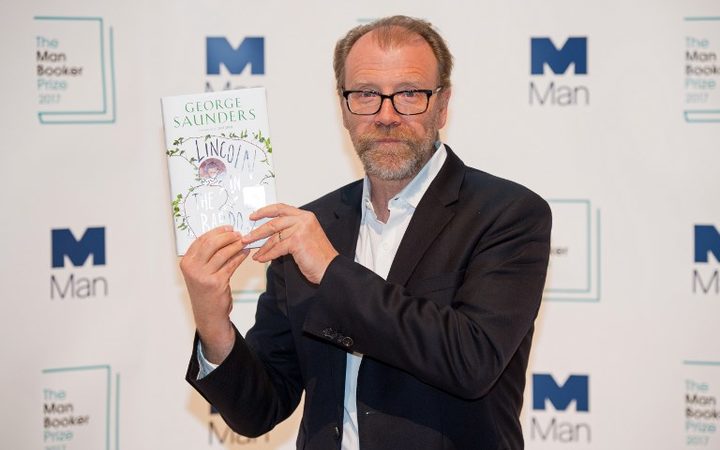 His novel, Lincoln in the Bardo, tells the story of Abraham Lincoln's grief after the death of his young son, and his visits to his tomb.

It is the first full-length novel from Saunders, previously best known for his short stories, and is set in a graveyard, over a single night.

Judges praised the "utterly original" work and said it was "deeply moving".

He becomes the second American author to take home the Man Booker Prize in its 49-year history, after Paul Beatty came top last year with satirical novel The Sellout.

Mr Saunders said the novel had been in his heart for 20 years before he wrote it.

He based the story on a real moment in 1862 when the body of the US president's 11-year-old son Willie was taken to a cemetery in Washington DC.

Speaking after his name was announced, he said: "Thank you for this great honour which I hope to live up to with the rest of my work, for the rest of my life."

He revealed after writing the first third of the book he "got a bit freaked out" and wasn't sure "if any other human being could read it".

In his winning speech, he said: "We live in a strange time. The question at the heart of the matter is pretty simple. Do we respond to fear with exclusion and negative projection and violence?

"Or do we take that ancient giant leap of faith and do our best to respond with love? And with faith in the idea that what we see as other is actually not other at all, but just us, on a different day?

"In the US now we're hearing a lot about the need to protect culture. Well, this tonight is culture - it's international culture, it's compassionate culture, it's activist culture.

"It's a room full of believers through the word, in ambiguity and beauty and trying to see the other person's point of view, even when it's hard."